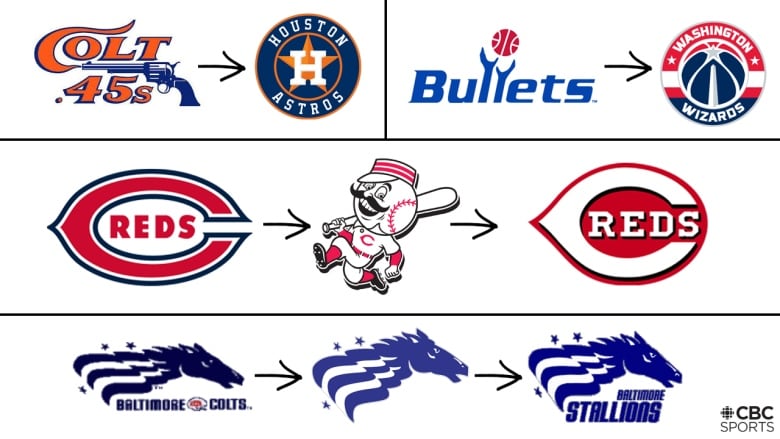 Here’s what you need to know right now from the world of sports:

With the Washington NFL team finally giving in to decades of pressure and announcing yesterday it will change its name (eventually), an uncommon rebranding is about to take place. Absent a move to another city, it’s pretty rare for a pro sports franchise to switch names. Here are some of the more interesting examples:

When Houston joined the National League as an expansion team in 1962, it was named after a certain kind of six-shooter revolver associated with the Old West. But by the end of 1964, Houston was reimagining itself as a city of the future. NASA had decided to bring its mission control centre there, and the space-age Astrodome was set to open for the ’65 season. In advance of that, the baseball team was renamed the Astros.

With Cold War tensions building in the early 1950s, U.S. Senator Joseph McCarthy exploited Americans’ fears about the Soviet Union by trying to root out supposed Communists (or “Reds” as they were sometimes called). During what came to be known as the Red Scare, frightened people and organizations went to great lengths to distance themselves from anything that could link them to Communism. For Cincinnati’s baseball team, this meant changing their name to the Redlegs in 1953. They didn’t switch back until 1959 — five years after McCarthy was censured by the U.S. Senate and two years after he died.

The Baltimore Bullets initially changed their name to the Capital Bullets upon moving to D.C. in 1973, then to the Washington Bullets for the following season. The name stuck until 1997, when the team decided it was no longer appropriate in a city with a horrific volume of gun violence and murders. Owner Abe Pollin was also moved by the assassination of Israeli Prime Minister Yitzhak Rabin, a friend of his, who was shot and killed in Tel Aviv in 1995.

The original name for the 1993 NHL expansion franchise was a nod to the eponymous Disney movie about an underdog youth hockey team released a year earlier. A dozen years (and two truly awful sequels) later, Disney sold the NHL team to a new owner who wanted a less cartoonish name. Ironically, even though the movie was titled The Mighty Ducks, the team in it was just called the Ducks.

This one is near (if not dear) to the hearts of Canadian football fans. After the CFL decided to expand to the U.S. in the mid-’90s, one of the cities to land a team was the former home of the Baltimore Colts — winners of four NFL titles between the 1958-70 seasons before they bolted for Indianapolis under the cover of night in 1984.

The new team’s owners tried to call their franchise the CFL Colts, arguing the name rightfully belonged to Baltimore. But the NFL blocked the move, and the nameless squad was unofficially known as the Baltimore CFLers for its inaugural season in 1994. The team was renamed the Stallions for the following season, when it became the first (and likely last) U.S.-based team to win the Grey Cup.

A month later, Baltimore struck a deal with Cleveland Browns owner Art Modell to move his NFL team there. The Stallions relocated to Montreal, and the CFL dropped its other four remaining American franchises to become an all-Canadian league again.

Here’s a visual of some of these team name and logo changes, created by CBC Sports’ Sophie Baron:

The finalists for the NHL players’ MVP award are Leon Draisaitl, Nathan MacKinnon and Artemi Panarin. Those were the top three vote-getters for the Ted Lindsay Award, which goes to the “most outstanding” player of the regular season as voted by the players. Draisaitl is the favourite after running away with the scoring title by an impressive 13 points. The man who finished second in that race and is widely regarded as the best player in the world, Draisaitl’s Edmonton teammate Connor McDavid, did not make the cut. Panarin finished third in scoring and MacKinnon was fifth. Whoever takes the award will be a first-time winner. Tomorrow, the NHL reveals the shortlists for rookie and coach of the year. Read more about the Lindsay finalists here.

The reigning WNBA MVP says her request to be excused from the season was denied. Players are allowed to skip the shortened 22-game regular season and the ensuing playoffs, which are being held in a “bubble” setting in Florida starting July 25, and still receive their full salary if they get approval from an independent panel of doctors. Elena Delle Donne asked to be excused because she has Lyme disease, which is not on the CDC’s list of underlying conditions that could make someone more susceptible to getting severely ill from COVID-19. She says the panel rejected her request, and now she’s trying to decide what she’ll do. Read more about the Washington Mystics star’s tough choice here.

The stakes are about to go up in the National Women’s Soccer League tournament. The preliminary stage of the Challenge Cup wrapped up last night. The North Carolina Courage, who are going for their third consecutive NWSL title, finished first with a perfect 4-0-0 record. They scored seven goals (three by tournament leader Lynn Williams) while giving up only one, and are the only team with a positive goal differential. All eight squads advance to the knockout stage, so the unenviable task of trying to upset North Carolina falls on Portland Thorns FC. They have Canadian Christine Sinclair, who is international soccer’s all-time leading scorer, but Portland is the only team without a win in this tournament. That matchup kicks off the quarter-finals Friday at 12:30 p.m. ET. Reminder that it’s single elimination from here through the championship final on July 26. Read more about last night’s matches and watch highlights here.

And one last thing…

The sport is ruled by the so-called Power Five conferences. Two of them — Big Ten and Pac 12 — have already announced they’re shifting fall sports to intraconference-only schedules on account of the pandemic. The Southeastern Conference (SEC), Atlantic Coast Conference (ACC) and the Big 12 are considering similar moves. The idea of pushing the football season back to the spring has also been floated.

But the fact that a fall football season, which normally kicks off in late August, is still being contemplated at all — even as many schools have already announced students won’t be allowed on campus for the start of the semester — tells you how much money is at stake and how far the people in power will go to grab it. Pro leagues are also taking some pretty big health risks for the sake of money, but at least their players stand to profit too. The oceans of cash that flow into college football from TV networks and corporate sponsors wind up largely in the pockets of middle-age management types — coaches, athletic directors, university presidents, conference commissioners, etc.

It becomes an even worse look when you consider that the vast majority of those guys (and they’re almost all guys) are white, while most of the star players you see out there in the big games are Black. And it’s the latter who will shoulder the bulk of the risk if games are played during a pandemic. Read more about the racial gap in college football in this piece by new CBC Sports contributor Morgan Campbell. 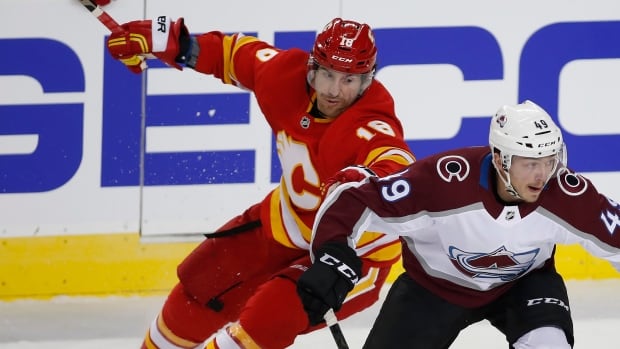 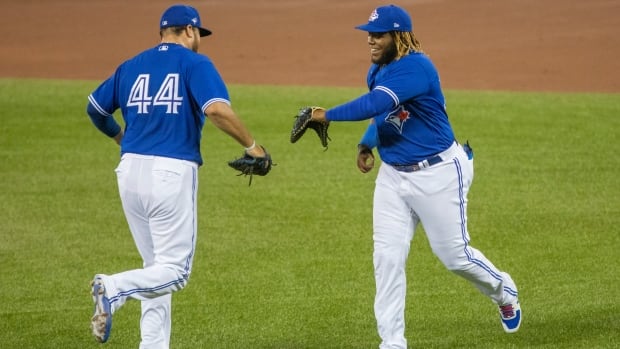 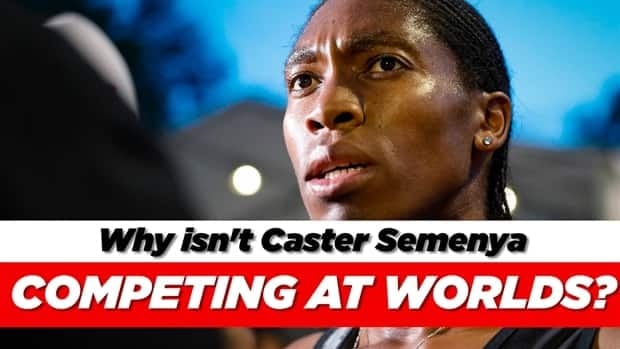 Why isn’t Caster Semenya at track and field worlds?