Mitch Marner texted Jake Muzzin the moment he heard rumblings Joe Thornton might be interested in signing with the Maple Leafs.

Muzzin, who played against Thornton in the Western Conference and alongside him for Canada at the 2016 World Cup of Hockey, confirmed the chatter.

The Toronto defenceman quickly followed up by offering glowing reviews of the player and person.

And when the 41-year-old Thornton eventually agreed to join the Leafs last week, another message came Marner’s way — this time from friend and former teammate Patrick Marleau.

“It’s kind of funny … Patty texted me and Auston [Matthews] together,” Marner said of the veteran forward, also 41, who mentored the pair when they were rookies. “He was saying don’t forget about him and hopefully Joe doesn’t take his spot and all that stuff.”

Marleau played more than a decade with Thornton on the San Jose Sharks and continued giving Marner the lowdown.

“If Patty likes him, I don’t see how anyone couldn’t,” Marner said. “I’ve heard only great things about Jumbo.”

For more than two decades, Jumbo and I have been friends, with the vast majority of those years being teammates, too. I now consider him a brother. Toronto has gained a tremendous influence, and we will miss his presence here in San Jose. Good luck in TO! -PM <a href=”https://t.co/pE09ZLjllz”>pic.twitter.com/pE09ZLjllz</a>

Thornton’s addition on a one-year contract at the NHL minimum of $700,000 US was just the latest in a series of moves by the Leafs during an off-season like no other brought about by the COVID-19 pandemic.

Toronto’s big splash came in the form of defenceman T.J. Brodie’s four-year, $20-million deal in free agency, but that was one of a series of moves aimed at reshaping the team’s play on the ice and culture in the locker room.

Among the other veterans signing up were gritty winger Wayne Simmonds, 32, and bruising blue-liner Zach Bogosian, 30, while 37-year-old centre Jason Spezza will be back for a second season at the league minimum.

And in a world where the salary cap is set to remain flat at $81.5 million and four forwards — Marner, Matthews, John Tavares and William Nylander — chew up nearly half that sum, it was crucial to get Thornton, Spezza, Simmonds and Bogosian at a bargain of less than $4 million combined.

“You’ve got people that want to be a part of this team and want to win with this team,” Marner, 23, said in an interview Tuesday with The Canadian Press. “They aren’t coming here for no reason. They’re coming here because they believe in our team.

“They believe in what we can do.”

While already preparing for next season — whenever that is — Marner is also helping promote Amazon Canada’s new multi-year commitment to the Breakfast Club of Canada that includes a $500,000 donation to provide 300,000 meals to kids. Amazon says it will also be chipping in more than $250,000 annually to help distribute an additional 155,000 breakfasts.

“They asked me if I wanted to be part of it and raise awareness,” Marner said. “I thought it’d be a really great idea, something that will help a lot of people.”

And when the Leafs eventually return to action, Marner is eager to see the kind of help offered by the recent acquisitions to a young team loaded with talent, but one that’s been unable to put things together in crunch time.

“They’re not going to let anyone slack off,” he said. “They’re going to make sure that we’re all staying accountable and doing the right things every single day.

“That’s something we’ve got a lot better with, but at the same time, we still have more to do.”

Marner, who had 16 goals and 67 points in 59 games in 2019-20, said having battle-tested voices is a plus on a roster that lost to the Columbus Blue Jackets in the qualifiers of the NHL restart following back-to-back first-round playoff defeats to the Boston Bruins in 2018 and 2019.

“When they speak, everyone’s going to listen,” Marner said. “They have the respect of the league.

“As soon as they come in our locker room they’re gonna be leaders.”

Marner pointed to Simmonds, who he played with for Canada at the 2017 world championships, and Bogosian, who’s coming off a Stanley Cup win with the Tampa Bay Lightning, as on-ice examples for the group.

“Guys that every single night come to play,” he said. “They can do a lot of different things, throwing the body, fighting if need be, but at the same time having the ability to make skillful plays.”

Apart from training and charity work, Marner’s off-season also included being a fly on the wall with the Leafs on draft night. Along with defenceman Morgan Rielly, he was part of Toronto’s setup as management and scouts debated picks.

“It was cool to be part of that war room,” said Marner, who announced the team’s first-round selection. “It makes you think about what was going on when you were in the draft and what was being said.”

Speaking of private conversations, he indicated there have been plenty since the Leafs were eliminated this summer and Tampa hoisted the Cup. The Lightning suffered an embarrassing first-round sweep by Columbus after winning the Presidents’ Trophy for the best regular-season record in 2019, but dusted themselves off and came back stronger.

It’s a formula Marner said his team needs to try and emulate.

“Their best players really were the best players in the whole playoffs,” he said. “It’s something that we’ve got to make sure we’re ready to do.”

Because if they don’t, the questions about Toronto’s ability to put it all together will persist.

“We know the job that comes with being a Maple Leaf,” Marner said. “Regardless of if it’s the team president, general manager, player, captain … everyone expects us to win.

“It looks we’re on the rise. Hopefully it turns out the way it should.” 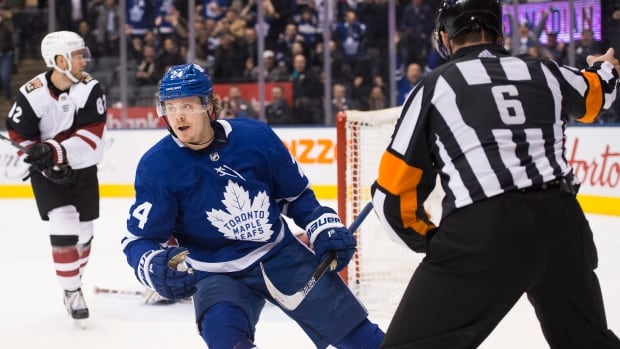 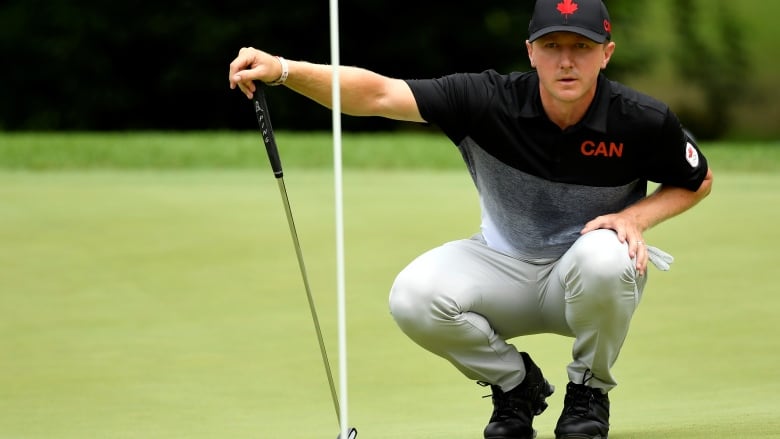 Canada’s Conners, Hughes 6 shots back in first round of Tokyo Olympic golf