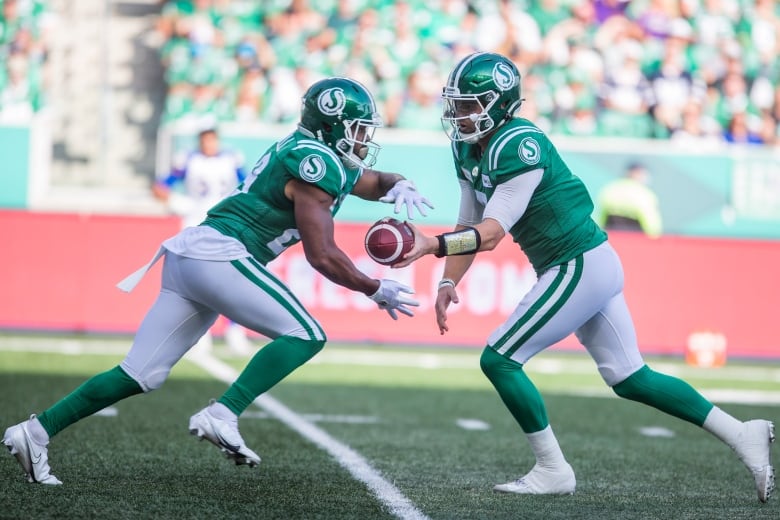 The Winnipeg Blue Bombers scored 16 unanswered points in the second half and beat the Saskatchewan Roughriders 23-8 on Sunday.

Trailing 8-7 heading into the third quarter, the Bombers got touchdowns from Sean McGuire and Nic Demski, along with a Marc Liegghio field goal, to hand the Riders their first loss of the season.

The win moves the Bombers (4-1) into first place in the West Division with the Riders (3-1) sliding to second place.

McGuire capped a seven-play, 87-yard drive at 4:43 of the third quarter with his second rushing major of the game.

Bombers tailback Andrew Harris had runs of 20 and 15 yards in the drive. Winnipeg took advantage of two Rider penalties totalling 39 yards, including a pass interference penalty that placed the ball on the one-yard line.

After Liegghio’s 37-yard field goal early in the fourth quarter, the Bombers put the game away when Zack Collaros combined with Demski on a 27-yard touchdown pass with 5:12 left in the game. Demski was returning after missing two games with a hip injury.

Riders quarterback Cody Fajardo, who entered the game leading the CFL in completion percentage at 78.9 per cent, struggled against a ferocious Winnipeg defence. Fajardo finished the game 23 of 39 passing for 213 yards and three interceptions. The Riders were limited to 260 yards of offence.

Collaros, who lost the Riders starting QB job to Fajardo in 2019 after suffering a concussion in the season opener, completed 19-of-27 passes for 245 yards. He had one touchdown pass and one interception.

The Bombers started the game committed to the run with Harris carrying the ball on six of the first nine plays. Harris gained 30 yards on the six carries with a long run of seven yards.

Winnipeg got on the scoreboard first following a Brandon Alexander interception that gave the Bombers the ball on the Rider 45-yard line. Collaros struck quickly, connecting with Kenny Lawler on a 40-yard reception along the sideline. Following a four-yard reception by Darvin Adams to take the ball to the Rider one-yard line, McGuire snuck into the end zone for his first CFL touchdown.

The final minute of the half was somewhat confusing after Liegghio missed a 47-yard field goal that Jamal Morrow returned 75 yards to the Winnipeg 37-yard line.

However, the officials penalized the Riders for roughing the kicker, although replays appeared to show Liegghio starting to run downfield after the kick, tripping and falling to the turf. The call was confirmed by the CFL control centre, which led Riders coach Craig Dickenson to challenge the call.

After the review, the call was overturned, giving the ball to the Riders with 17 seconds remaining. After a 12-yard completion to Jordan Williams-Lambert, the half ended with Brett Lauther kicking a 33-yard field goal to give the Riders an 8-7 lead.

Both quarterbacks were banged up in the first half. Collaros went to the dressing room after the first quarter but returned for the next offensive series. Fajardo was injured on a scramble in the second quarter and appeared to hurt his right shoulder. 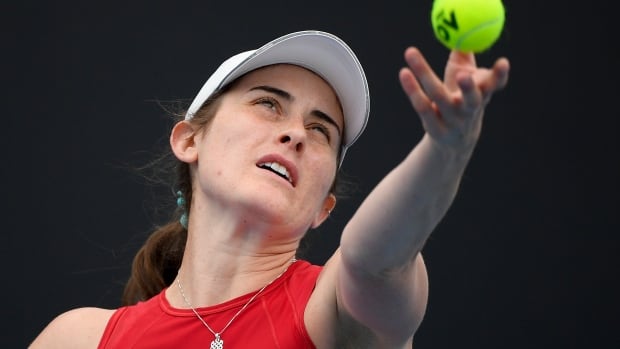 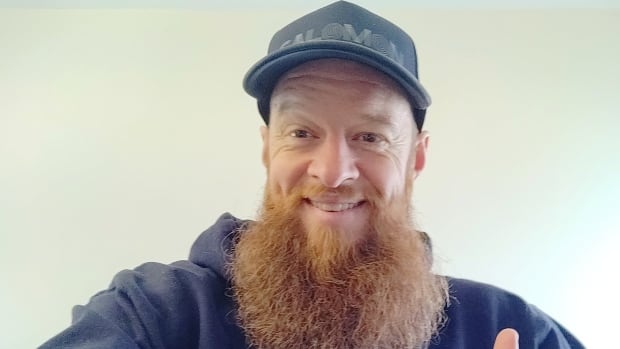 Slow starts for Canada’s Henderson, No. 1 Korda at Evian Championship