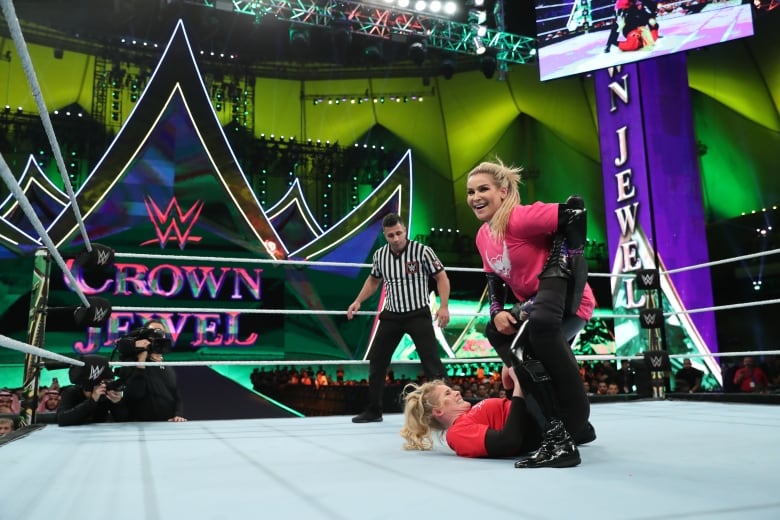 The last time fans saw Calgary wrestler Natalya and Lacey Evans step into the ring for the Last Woman Standing Match, the two were in a full-on feud — leaving Evans in a heap beside the stage after she smashed into a table.

But this time, the match ended in a tearful embrace as both women were given a standing ovation in a packed stadium.

Natalya and Evans were the first female wrestlers to perform in Saudi Arabia — a country that’s known as a conservative kingdom with tight controls on female life within its society.

Natalie Neidhart (a.k.a. Natalya) — granddaughter of Stampede wrestling icon Stu Hart, and niece to former world champ Bret (the Hitman) Hart — has already risen to pro-wrestling fame, but she says this was different.

The match was confirmed last-minute while Macey Estrella-Kadlec (a.k.a. Lacey Evans) and Neidhart were already in Saudi. The pair found out they would be facing off the night before Friday’s match as part of the Crown Jewel event in the King Fahd International Stadium, in Riyadh.

“This is definitely the most important, most impactful thing I’ve ever done in my career,” said Neidhart. “It’s an ‘aha’ moment in my life and one that I don’t think can ever be topped.”

She says the whole event was a transcending experience — seeing the crowd filled with families, young girls in the front row crying and cheering.

Both women fought in long, baggy T-shirts, with their arms and legs covered.

Neidhart was in her pink-and-black colour scheme with sparkling rhinestone accents.

Saudi law requires all women living in the kingdom, including foreigners, to wear long, loose robes known as abayas in public. Most Saudi women also wear a headscarf and veil that covers the face.

“I knew that what I was wearing was not important in the big scheme of things,” she said. “We were getting to have this wrestling match, this display of athleticism, this competition that the crowd will be able to see for the first time.”

I was just overwhelmed with emotion because I knew that we were doing something that was part of a real change in the world. And It was incredible.– Natalie Neidhart, pro wrestler

For her, the focus of the fight wasn’t about her rivalry with Evans, either, or winning the match. It was the bigger picture of change and respect. And Neidhart says Saudi is ready for that.

“I couldn’t stop crying the entire time,” Neidhart said. “I was just overwhelmed with emotion because I knew that we were doing something that was part of a real change in the world. And It was incredible.”

And after her win, Neidhart had a moment with a fan she’s going to remember for a while. She says that before she could get out of the ring, a young girl was reaching out for a photo, a selfie, and she couldn’t quite reach. The girl’s mother was reaching, too, but for a hug.

“So I gently grabbed her phone and took the selfie for us,” Neidhart said. 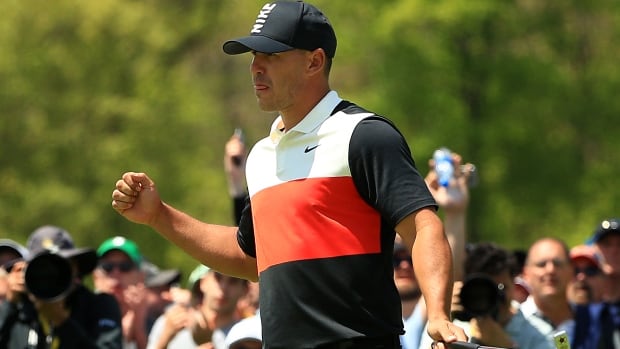 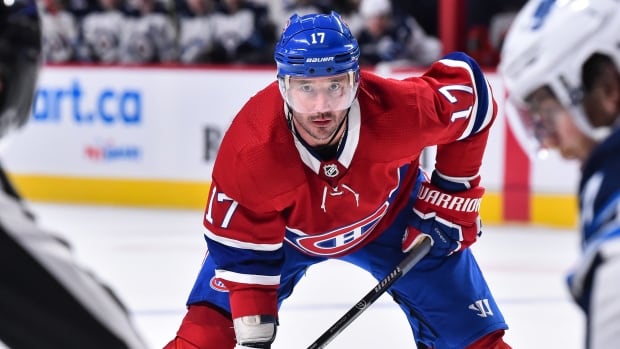 Ilya Kovalchuk wants to be part of the Canadiens’ future, but do the Habs want him?