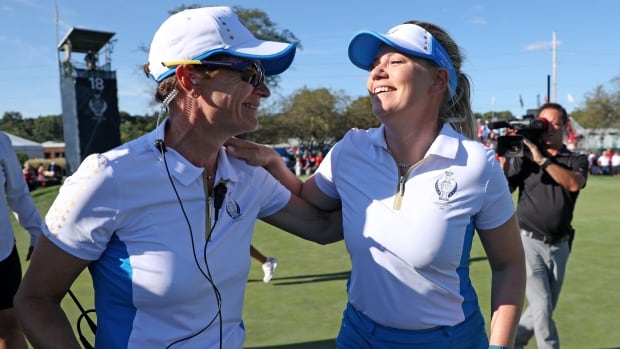 Europe retained the Solheim Cup on Monday, clinching just its second victory on U.S. soil when Matilda Castren closed out Lizette Salas 1 up to give the visitors their 14th point, sparking a somewhat muted celebration at breezy Inverness.

Castren calmly curled in a 10-foot par putt on the 18th to edge Salas and give Europe back-to-back Cup victories for just the second time in the 31-year history of the biennial showdown between the two rivals.

Two years after needing a 7-foot putt by Suzann Pettersen to slip by the Americans at Gleneagles, no such dramatics were needed this time around.

The Europeans built a 9-7 lead going into the 12 singles matches over the weekend and quickly put on the pressure Monday, snuffing out any legitimate hopes of a comeback by the hosts.

Leona Maguire, the first Irishwoman to appear in the Solheim Cup, capped off a brilliant 4-0-1 debut by making three birdies and an eagle on the front nine to top Jennifer Kupcho 5-and-4 in the third match out and give Europe the first of the five points it needed.

Madelene Sagstrom followed with a 3-and-2 victory over Ally Ewing and Celine Boutier dropped U.S. rookie Mina Harigae 5-and-4 to push Europe’s total to 12. Anna Nordqvist and Lexi Thompson — who have combined for 12 Solheim appearances between them — finished all square in a taut match in which neither led by more than one at any point.

The Americans briefly made a push, turning the scoreboard into a sea of red late in the afternoon, but the big shots the U.S. needed to put pressure on the leaders materialized. Most of the fist pumps and roars were reserved for lengthy par putts that halved holes instead of winning them.

Austin Ernst saw her a downhill 8-foot birdie putt that would have won her match against Nanna Koerstz Madsen slide left, letting Europe escape with a half-point to bring its team total to 13. Salas had a chance to even her match with Castren on the 17th only to shove her 6-foot birdie putt past the hole.

When Salas couldn’t convert a 20-foot uphill birdie putt on the 18th and Castren recovered from a plugged approach shot in the bunker to pour her par putt into the heart of the cup, Europe had its fourth Solheim Cup win in its last six meetings with the Americans.

Europe led from start to finish, seizing a 3-point advantage after the opening alternate-shot session on Saturday morning and never letting go.

Not even a highly partisan crowd that included a rapping two-time Masters champion Bubba Watson (yes, really) could give the U.S. the energy it needed to close the gap.

It had happened before. Eight times before Monday Europe found itself in front heading into singles. Only four times had the Europeans held on to win.

Yet 33-year-old Mel Reid, a four-time Solheim Cup veteran, said on the eve of the opening matches that this was the best team Europe had ever brought to the event.

Over the course of three days, Reid and her 11 teammates played like it. The Brit went 2-0-1 over the weekend while paired with the seemingly unstoppable Maguire.

Reid’s spectacular 8-iron from 136 yards at the 18th on Sunday in the final match earned a half-point and gave Europe momentum it rode all the way to a victory that never really seemed in doubt from the second Nordqvist and Castren edged Ernst and Danielle Kang 1 up in the opening match Saturday morning.

While blowouts were rare — 13 out of the weekend’s 16 matches reached the 17th green — when things got tight, the Europeans rarely faltered. 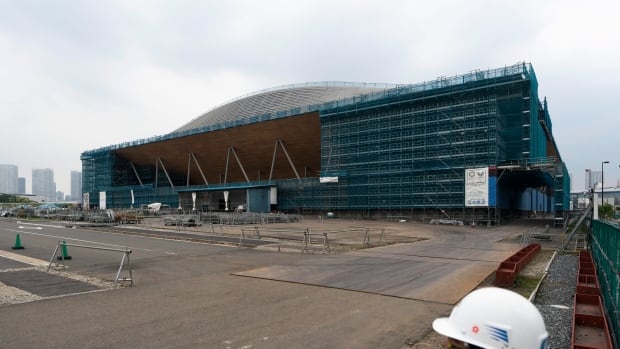 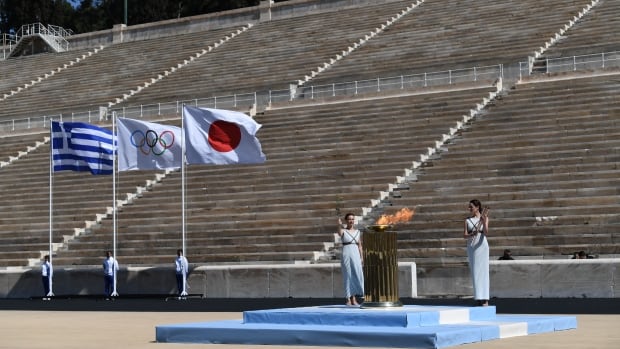 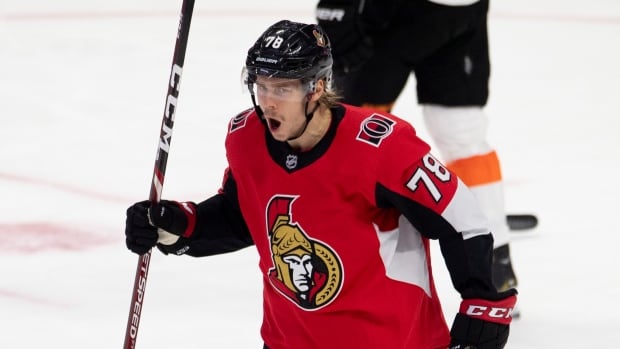