When Moe Jeudy-Lamour returned to Los Angeles after filming season two of Ted Lasso in London, it was then that he realized just how big a hit the show had become.

The actor, a native of Montreal’s Notre-Dame-de-Grâce neighbourhood, recalled seeing the comedy series promoted on billboards all over L.A. Fans were raving about it and the critics loved it, too; Ted Lasso was nominated for a whopping 20 Emmys.

“It’s sad to say, but it was perfect timing that it came out at the height of the pandemic and everybody needed a hug and the show was basically a big hug,” Jeudy-Lamour said.

He said though most of his friends hadn’t watched the first season, the Emmy attention means they’ve tuned in for the second season airing weekly on Apple TV+.

“They’re like ‘Yo, this is a good show, you should have told us.’ You guys are idiots. I told you to watch it when I was filming season one,” he joked.

​Actor Moe Jeudy-Lamour talks about ​potluck poutine and putting himself into the character of Thierry Zoreaux on the hit TV show. 1:59

The show’s main character, Ted Lasso, played by Jason Sudeikis, is a rah-rah American college football coach hired to manage the team despite having little to no knowledge of soccer.

Jeudy-Lamour says when the show was being developed, Sudeikis and the writers encouraged the actors on the show to bring themselves into their roles.

I’m from Montreal and I’m a Haitian-Canadian-Jew that’s on the show, so I’m like ‘Yeah, let’s use all of it if we can.’– Moe Jeudy-Lamour, on bringing himself to his Ted Lasso role

“I’m from Montreal and I’m a Haitian-Canadian-Jew that’s on the show, so I’m like ‘Yeah, let’s use all of it if we can,’ ” Jeudy-Lamour said.

He worked with Sudeikis in the 2016 film Race and says that familiarity was part of why he was trusted to add his own take on the character.

“Not just Jason, but even the writers, they always listen to what we’re talking about, what we’re saying and how we joke. A lot of the characters are very similar to who we really are.”

‘There was never any soccer in my journey’

The show’s fish-out-of-water shtick embraced by Sudeikis’ character felt fitting for Jeudy-Lamour, who was cast as a professional athlete in a sport he’d never played.

“There was never any soccer in my journey,” he said.

A series of health issues kept him on the sidelines and he didn’t play any sports as a young child.

When he got a little bit older and was physically healthy enough to play, Jeudy-Lamour decided to get involved with football, starting out playing for a team called the Hornets in a youth league run by a Montreal non-profit Sun Youth. at Sun Youth for the Hornets.

Eventually, he joined the Saint-Leonard Cougars, a Canadian Junior Football League team, where he was coached by Marco Iadeluca, now the head coach for the Montreal Carabins at the University of Montréal, one of the nation’s top university football programs.

“He was the best person that I’ve ever met,” Jeudy-Lamour said of Iadeluca.

In university, he was good enough to make the Concordia Stingers team, but decided he wanted to focus on acting instead and quit, relocating to Vancouver.

But the skills Jeudy-Lamour developed catching footballs didn’t go to waste in his current acting gig.

“I played wide receiver and basically [a soccer goalie’s job is] catching a ball. And a soccer ball is so much bigger. It wasn’t as hard as I thought it was going to be.”

Jeudy-Lamour says his soccer skills have developed enough that he’s able to take part in the pick-up games everyone involved in the production plays behind the scenes.

He’s also proud to be able to bring some local Québécois elements into the show as a kind of comedy Easter egg for people back home to discover.

In the tenth episode of season one, his character suggests that AFC Richmond use a trick play called “Midnight Poutine.”

“It was a fluke,” Jeudy-Lamour said, noting the line came from a moment of improvisation.

The writers told the actors to come up with names for trick plays and when Sudeikis entered the set, the cameras were rolling to catch his natural reaction in character

The actors started throwing out lines and after Sudeikis’ character reacted unfavourably to a name that might have been perceived as a dirty joke, Jeudy-Lamour jumped in.

“Jason improvised on everything that we said. And I was like ‘I gotta find something,’ and I just said ‘Midnight Poutine!’ ”

In season two, Jeudy-Lamour called back to the hometown reference when his character brought poutine to a Christmas potluck during a recent episode.

It remains to be seen if poutine will make another appearance in season three of Ted Lasso, but it’s certain that Jeudy-Lamour will be back as Thierry Zoreaux, and Canadians will be watching for him. 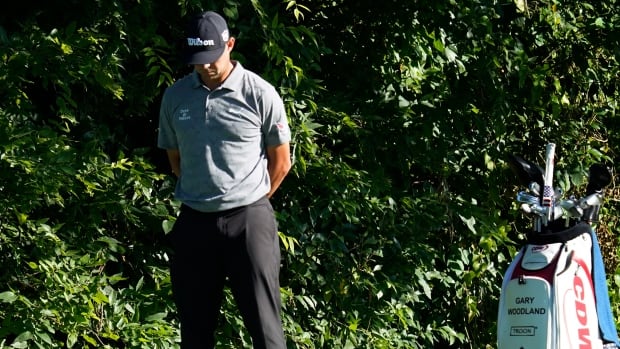 With a swing and silence, PGA Tour gets back to business at Colonial 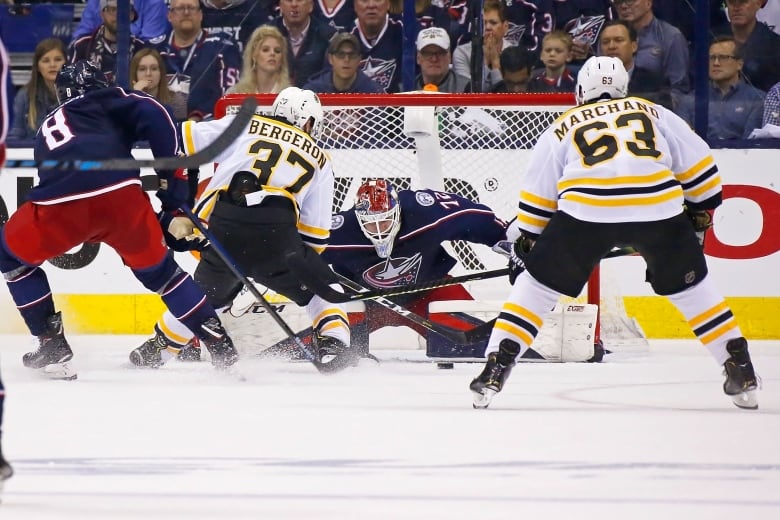 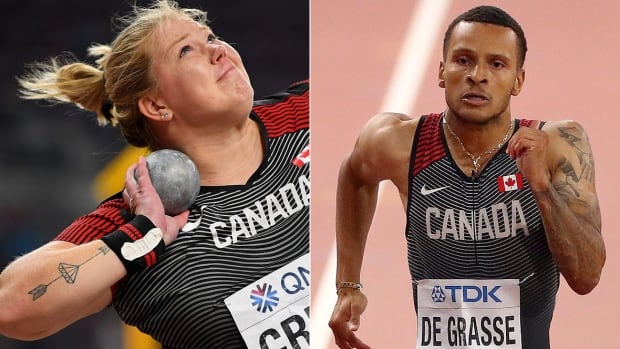