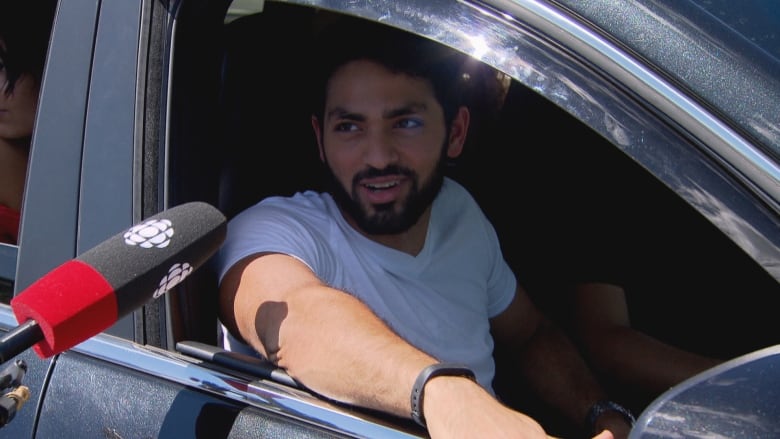 Toronto Raptors fans have been reacting with a mixture of relief and outrage after new video footage showed the team’s president Masai Ujiri being shoved by an Alameda County sheriff’s deputy.

Ujiri was trying to reach the court after the team won the NBA championship in June of last year.

In the video, Alan Strickland is seen shoving the Raptors boss twice before Ujiri pushed back.

Dee Joiasur, a  Raptors fan, told CBC News he never doubted for a minute that Ujiri is a good man and the video footage will confirm the Raptors’ president’s side of the story.

“He’s a good guy, nothing else. He didn’t do anything, that’s all,” Joiasur said.

“Masai Ujiri is not wrong. No, the officer is wrong.”

The footage from the deputy’s body camera was first released by FOX KTVU 2 on Tuesday night and later confirmed by CBC News.

In the video, Ujiri can be seen attempting to walk onto the court after the Raptors’ 114-110 Game 6 win over the Golden State Warriors at Oracle Arena in Oakland, Calif.

Strickland then can be seen using his arm to stop Ujiri in an apparent effort to ensure he had security credentials. As Ujiri approaches Strickland, he appears to be reaching for those credentials.

Strickland then can be seen shoving the 50-year-old before the two appear to exchange words. Strickland then shoves Ujiri again, at which point the Raptors president pushes Strickland back.

Strickland alleged that as a result of the altercation, he suffered “injury to his head, body, health, strength, nervous system and person, all of which caused and continue to cause great mental, physical, emotional and psychological pain and suffering.”

In February, Strickland and his wife, Kelly Strickland, filed a civil claim seeking $75,000 US in general damages, as well as other compensation, including punitive damages, lost wages, current and future medical expenses and legal costs.

“It’s pretty ridiculous that the police officer is the one pressing charges, especially if he was the one wearing the camera,” Raptors fan Michael Habib told CBC News.

“I see a police officer assaulting Masai and then claiming he got PTSD or a work-related injury from pushing Masai. And he robbed a moment from Masai, which is something he has been working on for his entire life, so it sucks.”

Meanwhile, Abigail Edgar said it’s a good thing that the lawyers were patient waiting for the video to come out.

“I think it’s deplorable that someone who is in law enforcement accused Maisai before even taking the time and understanding what is happening,” the Raptors fan told CBC News.

“Even when he was taking out his badge to show it to him, he pushed him a second time. So he was definitely in the wrong.

“I don’t why he thought that he didn’t belong there … I don’t know why he reacted like that. He was being too overzealous,” Edgar added.

Syrus Marcus Ware from Black Live Matter Toronto said the way Strickland immediately went to a place of aggression is something that is very familiar for a lot of Black Torontonians when dealing with police and other security officers.

“It shows once again where the person who actually was the victim in the situation had to prove their innocence and they were presumed to be guilty because of being Black,” Ware said.

“So once again we see a situation where Black people are not believed when they talk about the way that racism is happening to them,” he added.

In a statement, the Toronto Raptors said they have always maintained that the claims made against Ujiri are baseless and entirely without merit.

“We believe this video evidence shows exactly that — Masai was not an aggressor, but instead was the recipient of two very violent, unwarranted actions,” the statement reads.

“The events of that evening cast a pall over what should have been a night of celebration, and the year since.

“While Masai has the full backing of Raptors and MLSE as he fights this injustice, we are aware that not all people have similar support and resources. This is a spurious legal action that MLSE, the NBA, and especially Masai should not be facing.” 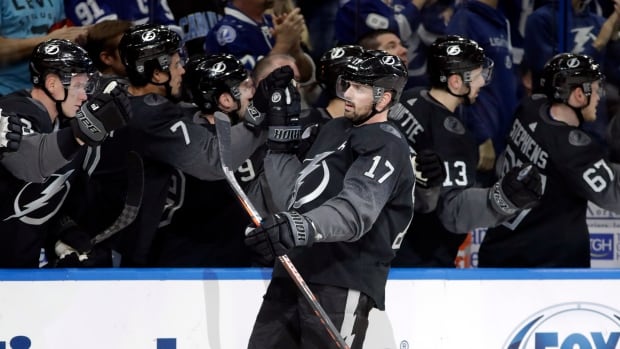 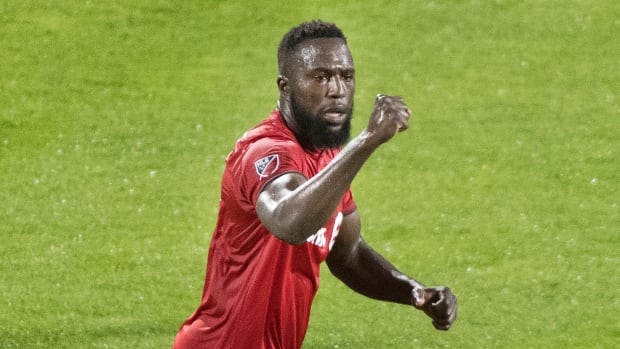 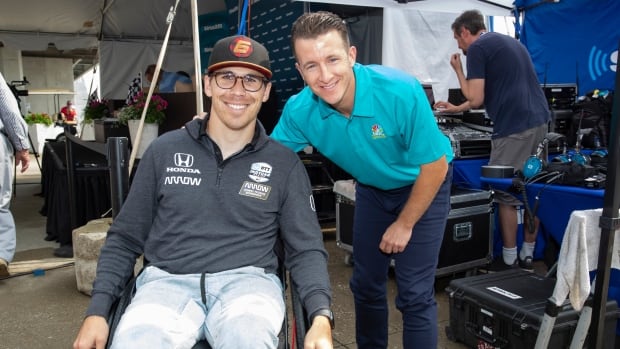 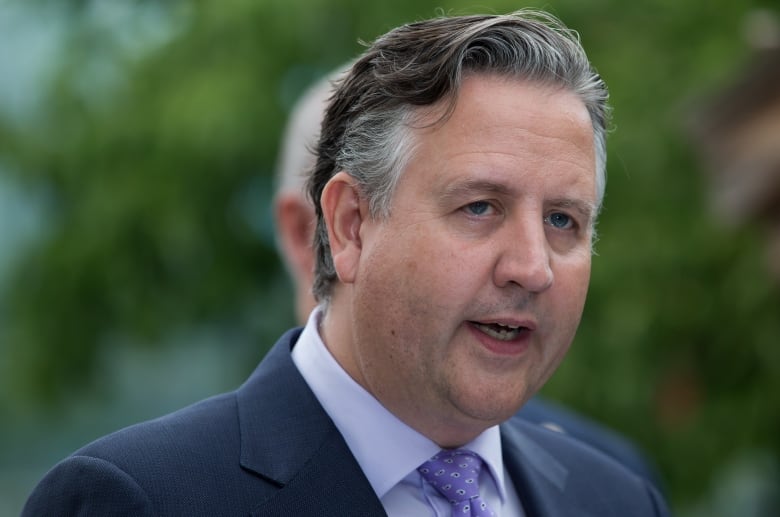 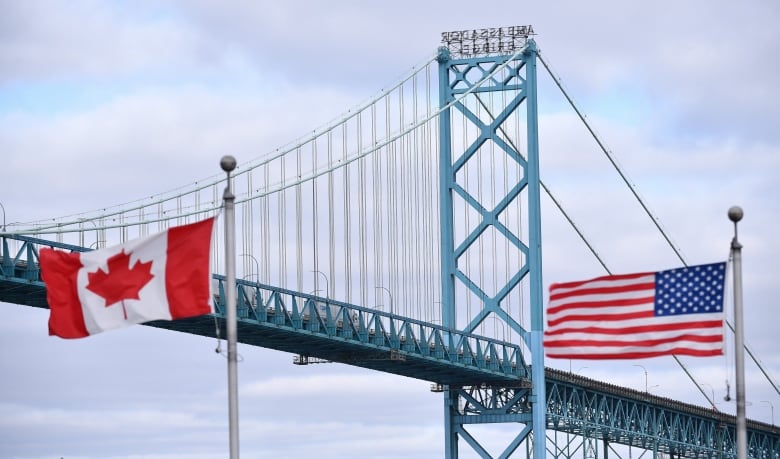 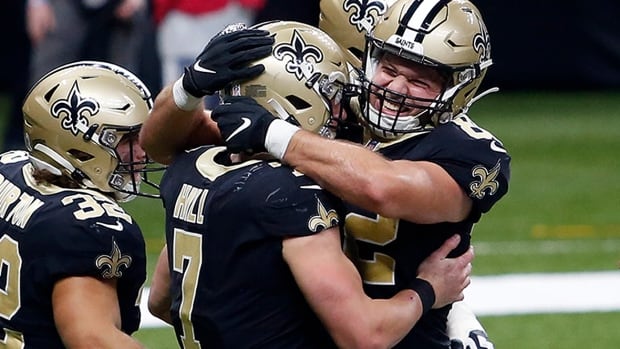 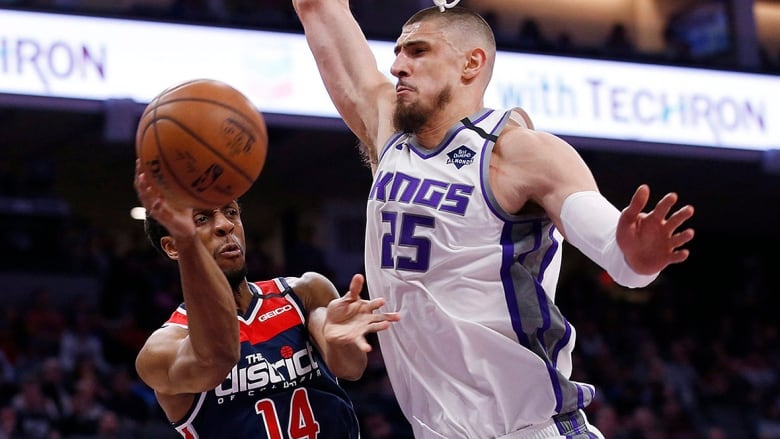