Smiling, jersey-clad Canadian hockey fans — with tickets bought and paid for — enjoying beers and sunshine before heading into an NHL arena on a spring evening.

NHL rinks in this country have been without crowds, save for the odd first responder or front-line worker invited by individual teams, since the start of the COVID-19 pandemic in March 2020.

Montreal and Toronto fans came together and sang the national anthem to celebrate their return to the Bell Centre. 1:19

That finally changed Saturday after the Quebec government loosened restrictions, allowing the Canadiens to admit 2,500 fans inside the 21,302-seat Bell Centre for Game 6 of their first-round playoff series against the Toronto Maple Leafs.

Assigned seats where spectators could sit were adorned with rally towels — no closer than seven rows from the ice on the penalty box side and 12 rows up behind the nets and benches — while organist Diane Bibeau played for the crowd before fans booed the Leafs and cheered the Canadiens as they stepped on the ice.

Fans sang O Canada without accompaniment in a emotion-stirring rendition that sounded like a lot more than just 2,500 people. Montreal supporters heckled Leafs goalie Jack Campbell early and lustily booed a penalty call against their team.

And while the gathering of roughly 12 per cent capacity was mostly pulling for the home team, the visitors had their fair share of support.

“A complete sense of euphoria and happiness,” she said a few hours before the game. “The feeling is absolutely amazing.”

Montreal’s Major League Soccer team had the first Canadian crowd at a professional sporting event during the pandemic when they were permitted to allow 250 fans to a game at their outdoor stadium last summer.

Some junior hockey teams also have been allowed to have limited crowds.

“Having some people back in the building is a sign of progress,” Toronto head coach Sheldon Keefe said before the game. “We’ve seen down in the U.S. the emotion and how that can change an environment.

It’s official, the Leafs and Habs will meet in the Stanley Cup playoffs for the first time since 1979. Rob Pizzo goes back over 100 years into the archives to examine hockey’s oldest rivalry. 4:28

“I think in this case here … it’s less about the game and our sport and the playoffs and all of that, but more just about some progress being made in the country. I think that’s a really good sign for everybody.”

An encouraging step towards normalcy, Saturday at the Bell Centre was still a far cry from what NHL teams south of the border have experienced in the playoffs after clubs started to allow a percentage of fans into buildings as the 56-game season progressed and vaccine rates outpaced those in Canada.

The Boston Bruins welcomed close to a full house for Game 1 of their second-round series against the New York Islanders at TD Garden on Saturday, while the Carolina Hurricanes announced they would have more than 16,000 spectators for the first two contests of their showdown with the Tampa Bay Lightning.

But this was a start. And a symbol of what’s hopefully to come at the end of a long pandemic tunnel.

“The Canadiens sent out something where it said, ‘Show Canada what it could look like to be open,”‘ Koehler said. “It is more than just a hockey game.

“It’s about the future.”

The Canadiens gave seat priority to season-ticket holders, luxury-suite holders, and corporate partners to purchase tickets in pods of two or four.

Buyers were allowed to resell tickets, and more than a few certainly took advantage. Prices were exorbitant for the average fan on the secondary market, with the cheapest pair available a couple of hours before puck drop still priced around $1,800 on Ticketmaster.

“This is huge for people — people in general,” Pierre said. “Not just hockey … just to be able to socialize and do this is such a huge thing.”

She wouldn’t disclose what she paid for her seats, but added the price wasn’t important after nearly 15 months of pandemic life.

“We’re big concert people, too,” Pierre said. “We haven’t seen a concert, we haven’t done anything in a year and a bit. So for us to be able to get out and do something is huge.

“Every little bit is worth it. To be here and be with these people, is going to be worth it.”

Koehler, whose family has had season seats since the 1940s, said he and his wife talked about selling their tickets.

“We had the discussion last night, today and even on the way down,” he said while sporting a Maurice (Rocket) Richard jersey. “[But] it’s not worth selling. We’re doing it because we want to be part of it.”

All fans in the Bell Centre were required to socially distance from those outside their pod, while anyone aged five and up had to wear a mask. Only bottled water was sold at concessions.

None of that mattered for fans.

“We’ve been talking about it for since the last time we were here,” Pierre said. “Just before COVID we came for two games.

“The second we could come back for a game, we were coming back. We had to be back.”

Three teams have been sent packing in the Stanley Cup playoffs, but Rob Pizzo is only shocked by one of them. 4:53

Quebec’s curfew — in place since Jan. 9 — was lifted Friday. Restaurant patios across the province were also permitted to reopen after being closed in some parts of the province, including Montreal, since Oct. 1.

The new measures came as COVID-19 hospitalizations in Quebec have declined to their lowest level in more than six months.

“The pandemic’s hit the people here as hard as anywhere in our country, and the people deserve this,” Canadiens winger Brendan Gallagher said Saturday morning. “They were disciplined, they listened to what was being asked of them.

“And these are the rewards that were earned.”

In the latest episode of The Breakdown, PJ Stock weighs in on what the world’s best player needs to do to win a championship. 8:07 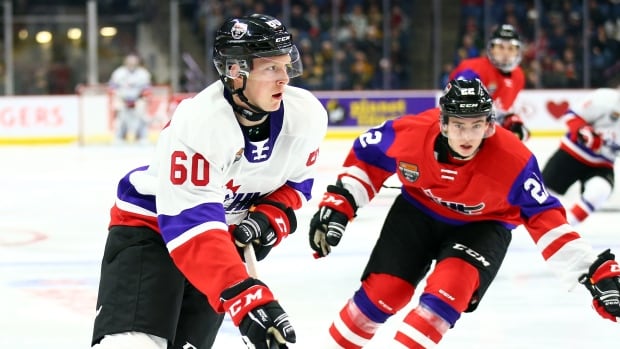 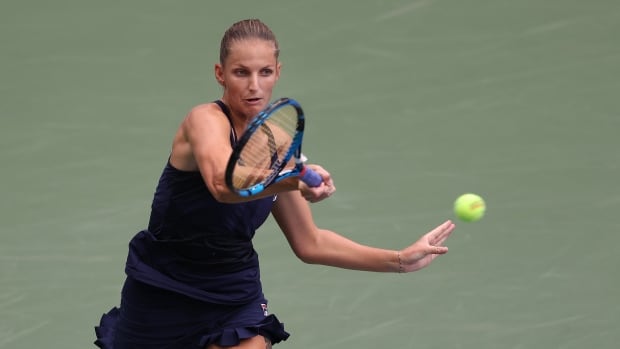