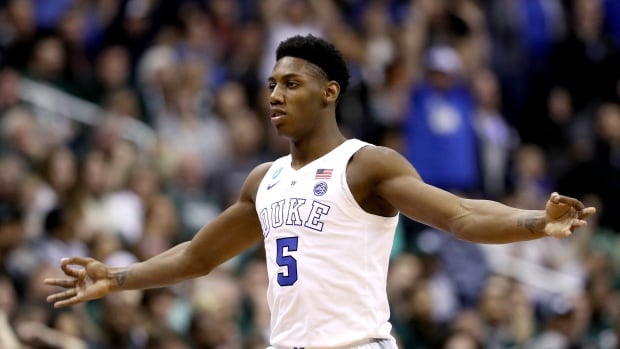 Canada’s R.J. Barrett has officially closed a remarkable chapter on his college career and will enter the NBA draft.

After one record-breaking season at Duke University, the six-foot-seven forward from Mississauga, Ont., joins a parade of talented Canadians into this year’s draft class.

The decision came as no surprise, with Barrett projected to be a No. 1 or 2 pick in the June draft.

I want to thank God, my family, my coaches and everyone that has helped me reach this decision ?? <a href=”https://t.co/z3GwdcV2ht”>pic.twitter.com/z3GwdcV2ht</a>

“From start to finish, R.J. was there every second,” head coach Mike Krzyzewski said. “He played the most minutes, broke scoring records and was consistently excellent. He became one of our best defensive rebounders, and was close to triple-doubles quite a bit because of his scoring, rebounding and assists.

“Having reclassified to come to Duke early, he’s just so advanced for this stage of his career … he’s a winner in every sense, and it was so special to have R.J. in our program.”

Barrett was a first-team all-ACC selection, a consensus first-team all-American, and the USA Today national player of the year. The 18-year-old tied for the ACC lead in scoring with classmate Zion Williamson (22.6 points per game), and he broke both the Duke and ACC freshman scoring records with 860 points, and finished with the second most points by a Duke player in a single season, trailing only the 941 points by J.J. Redick in his 2006 senior campaign.

School spokesman Mike DeGeorge says Barrett plans to hire an agent but has not yet chosen one.

Barrett was the only Blue Devil to start all 38 games, leading the team to a 32-6 record, the final AP No. 1 ranking, an ACC Championship and the Elite Eight. The freshman averaged 7.6 rebounds, 4.3 assists and recorded just the program’s fourth triple double with 21 points, 11 rebounds and 10 assists against NC State on Feb. 16.

Barrett helped the Blue Devils earn a No. 1 ranking in the final AP Top 25 and claim the top overall seed in the NCAA Tournament. Duke was knocked out by Michigan State in the East Regional final.

Barrett was Duke’s most consistent scorer, scoring at least 13 points in every game with six 30-point performances. He had 33 twice — first in his college debut against Kentucky, and then in a home loss to North Carolina after Williamson left in the opening minute with a blown-out left sneaker and a right knee sprain.

Williamson and classmate Cam Reddish have not yet announced their plans for next season. Point guard Tre Jones said earlier this week that he would return for his sophomore year.

Vanderbilt’s Simi Shittu of Burlington, Iowa State’s Lindell Wigginton of Dartmouth, N.S., and Virginia Tech’s Nickeil Alexander-Walker of Toronto also have said they will enter the NBA draft, which is June 20 in New York. 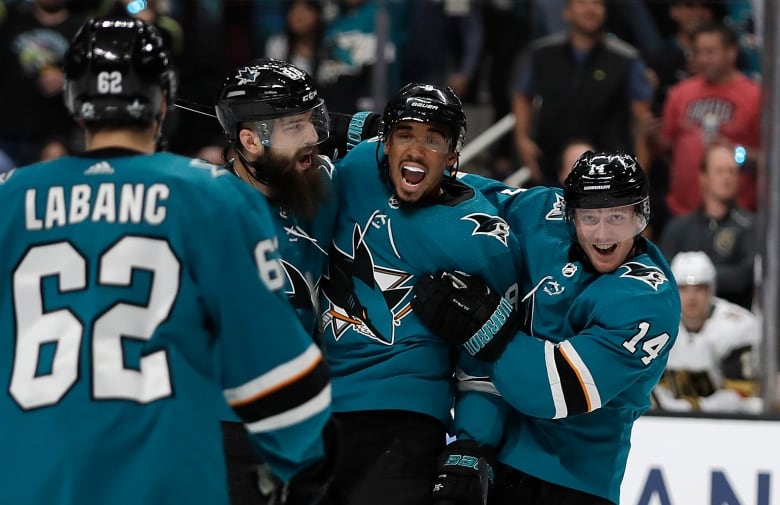 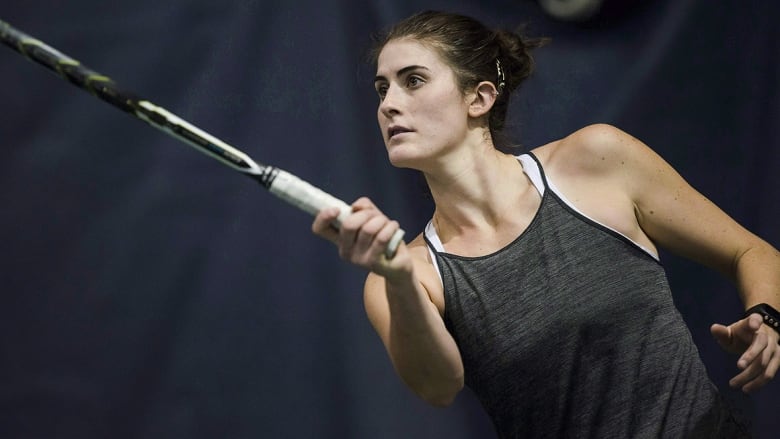