The Tokyo Paralympics begin in 99 days

Many Olympic storylines are in place for the Paras too. Questions linger surrounding the safety of the Games, not to mention uncertainty over qualifying and the willingness of Japanese citizens to host at all.

But just as with the Olympics, the Games should go on. Here are some Canadian athletes to keep an eye on:

At this point, Riech’s main competition is himself. The world-record holder in the T38 800 and 1,500 raised the bar again on Saturday by lowering his mark in the latter race to three minutes, 50.4 seconds at a meet in California. Now, he wants to break 3:50. Riech, a 26-year-old who suffered a brain injury and right-side paralysis in a golf accident when he was 10, is set to make his Paralympic debut in Tokyo. Read more about Riech’s outlook here.

Lakatos, meanwhile, has competed in the past four Paralympic Games, collecting seven medals including his lone gold in the T53 100 at Rio 2016. The 40-year-old also races in the 200, 400 and 800 and is showing no signs of slowing down — he won two golds and a silver at the 2019 world championships. On Saturday, he triumphed in the 100 and 800 at the same meet as Riech.

Papaconstantinou has the potential to be Canada’s next Paralympic star. Born without a right foot, the 21-year-old set the national record in her T64 classification in the 100 when she was just 13. She competed at the 2016 Games, but was disqualified from the 200 for a line violation. For two years after, injuries including a torn hamstring and torn knee tendon set Papaconstantinou back.

Now, the Toronto native is fully healthy and ready to race in Tokyo. She ranked third worldwide in the 100 and 200 in 2019 before the pandemic cost her a year of competition. In that time, Papaconstantinou became a viral TikTok sensation. Read more about the budding star here.

It’ll be tough for Rivard to top her Rio output, when she won gold in the S10 50, 100 and 200 freestyle and silver in the 200 individual medley, setting Canadian records in each race. The success earned her the honour of carrying the flag in the closing ceremony. Rivard, 25, won another five medals at 2019 worlds. Not many sequels are better than the original, but Rivard could pull it off.

Tokyo will represent the fourth Paralympics of Roxon’s career after starting at the 2008 Beijing Games at 15 years old. Now 28, Roxon won her first and only Paralympic medal in Rio by taking gold with a national record in the 100 breaststroke and followed it up three years later with a pair of world championship medals.

Termed by some as the “Michael Jordan of wheelchair basketball,” Anderson helped Canada win Paralympic gold in 2000, 2004 and 2012, with a blip of silver in 2008. The 41-year-old then took time away from the national team to focus on his music career, skipping the 2016 Games where Canada tumbled all the way to 11th. But Anderson is back for his last dance after helping the team qualify for Tokyo by winning silver at the 2019 Parapan Am Games. Both the men’s and women’s squad recently gathered to begin pre-Paralympic training in Toronto. Read more about the lead-up to the Games in this story by CBC Sports’ Signa Butler.

Scott Russell sits down with Andrew Parsons to discuss the upcoming Tokyo 2020 Paralympic Games, and the future of the Paralympic movement. 11:57

The Raptors’ miserable season in Tampa is mercifully over. It ended in a 12-point loss to the Pacers featuring a six-man rotation. None of — hold your breath now — Pascal Siakam, Kyle Lowry, Fred VanVleet, OG Anunoby, Gary Trent Jr. or even Chris Boucher took to the court in the Tampa finale. While players may head home ASAP, as the Canadian women’s team moves into their facilities for training camp on Thursday, most of the front office and coaching staff are set to stay as off-season preparation ramps up. But with president Masai Ujiri reaching free agency, it remains an open question who will be making those key decisions — especially with Lowry also hitting the open market. The team’s fate will be tied to those two, the same way it has been since the last time the Raptors missed the playoffs in 2013. Read more about the difficult choices lying ahead for two franchise icons here.

If you like intense, fast-paced hockey, then these NHL playoffs are for you. Also, Calgary and Vancouver are still playing. The Capitals got things started on Saturday with an OT win over the Bruins, where 39-year-old Washington goalie Craig Anderson was forced into just his third game of the season due to injury. On Sunday, the Islanders upset the Penguins in OT with deadline addition Kyle Palmieri supplying the heroics, before the Wild stunned Vegas with a shutout OT victory of their own in a game which featured incredible goaltending on both sides. And yet the best game of the weekend might have been the battle of Florida, as Nikita Kucherov returned without missing a beat and Brayden Point scored with just over a minute remaining to give the Lightning a 1-0 series edge.

To cap things off, the Flames and Canucks played a mostly meaningless regular-season game, with both set to miss the playoffs in the North… and it turned out to be pretty exciting too! The Flames blew a four-goal lead before recovering to win 6-5 in yet another overtime.

Kerri Einarson and Brad Gushue won their 1st match at mixed doubles worlds. The duo came back from down 4-0 to beat Spain 8-6. Einarson and Gushue are vying to be the first Canadian team to win the tournament, but they’ll have to do it on foreign soil in Aberdeen, Scotland. The change of scenery at the first non-Calgary bonspiel of the season might be a good thing, considering Canada was shut out of the podium in both the men’s and women’s worlds, with Einarson placing sixth in the latter. Canada’s Kaitlyn Lawes and John Morris took home gold at mixed doubles’ Olympic debut in 2018 in Pyeongchang. Watch highlights from Einarson and Gushue’s victory over Spain here.

And in case you missed it…

The WNBA season began with a bang. 23-year-old phenom Sabrina Ionescu’s game-winning three-pointer with 0.4 seconds remaining gave the New York Liberty an opening night victory. Not to be outdone, 38-year-old Diana Taurasi hit a game-winning triple of her own a few hours later to lead her Phoenix Mercury to a win. Canada’s Kia Nurse debuted alongside Taurasi with the Mercury, combining for 16 points over two games in her new digs. Elsewhere, reigning champion Seattle had no trouble fending off Las Vegas in a 2020 Finals rematch. Watch Ionescu’s and Taurasi’s clutch shots and read more about Nurse’s first game with Phoenix here.

The women’s hockey Dream Gap Tour returned to action. Stationed in St. Louis for the latest series, Minnesota topped New Hampshire behind a pair of points from American star Dani Cameranesi on Sunday. Canadian teams were sidelined due to pandemic restrictions, but are set to return when the tour comes to Calgary next month. You can watch another battle between Minnesota and New Hampshire on CBC Sports tonight at 7 p.m. ET. 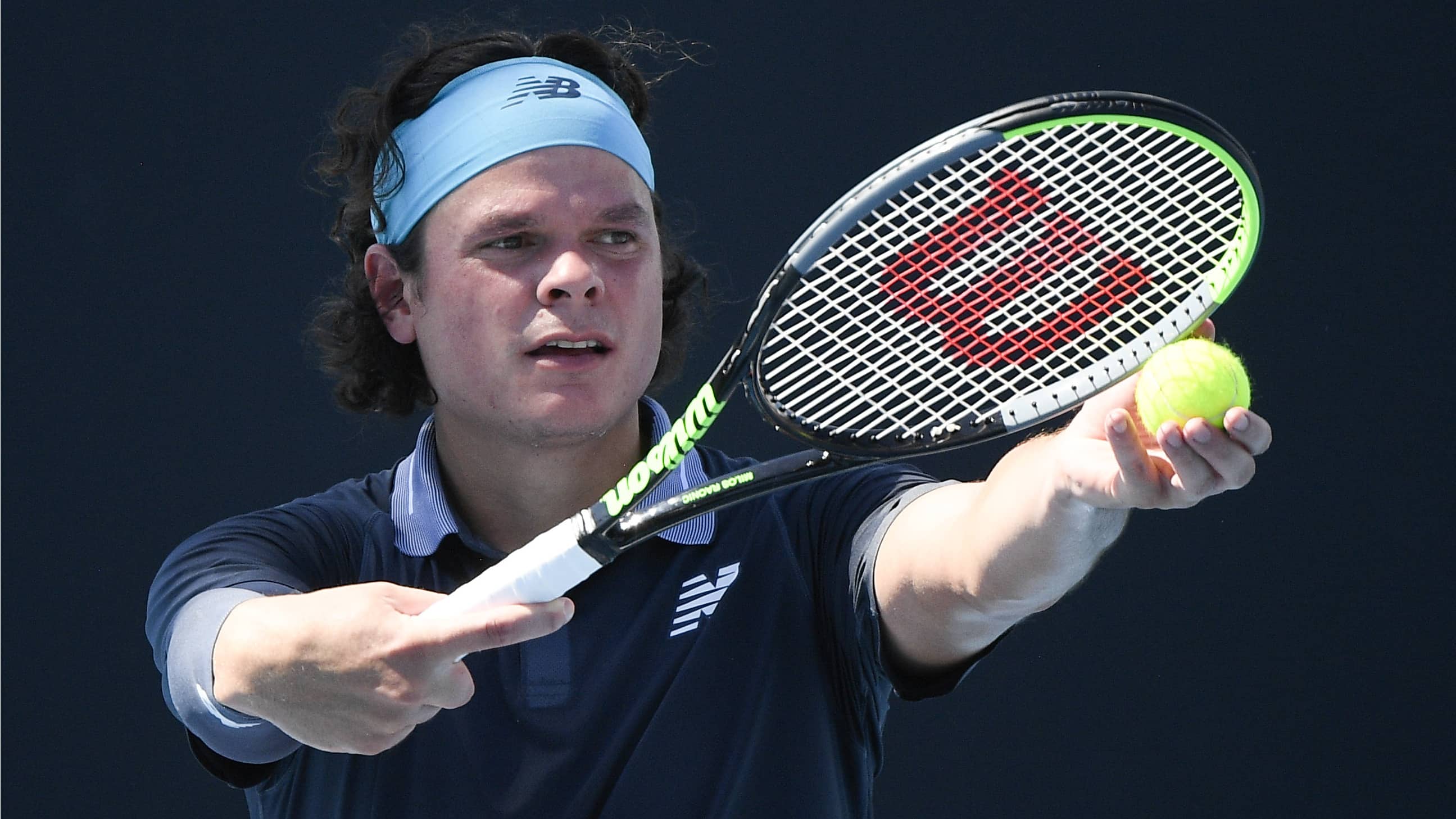 Canadian Milos Raonic through to 2nd round of Mexican Open 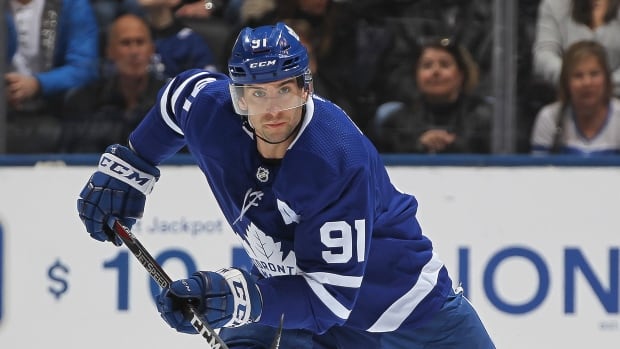 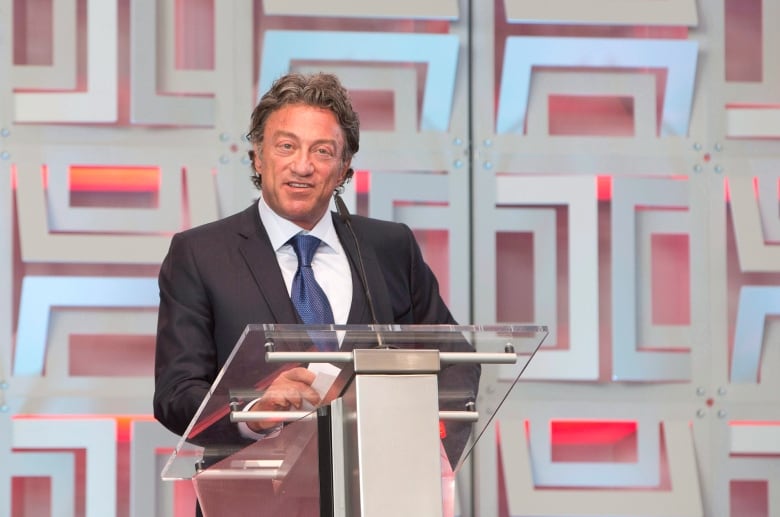