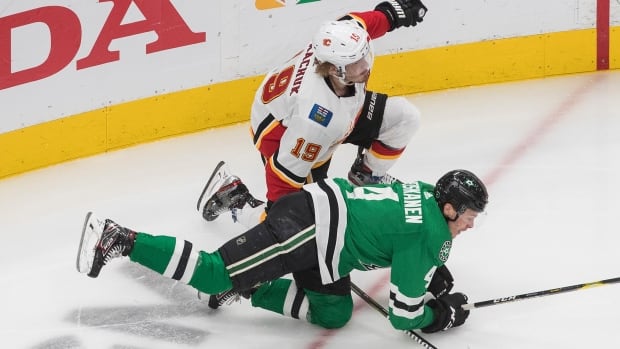 Matthew Tkachuk’s night at the office pretty much summed up the experience of his entire team Thursday as the Calgary Flames fell 5-4 to the Dallas Stars.

In the first period, Dallas captain Jamie Benn speared Tkachuk in an area that really hurts. The Calgary forward gingerly stumbled off the ice and trudged down the tunnel to collect himself in the depths of Edmonton’s Rogers Place.

Then in the third, Benn and towering defenceman Jamie Oleksiak tag-teamed to clobber Tkachuk up high. This time, Tkachuk looked woozy as he staggered to the bench, wobbling on his skates as he descended into the tunnel not to return.

Tkachuk’s status for Friday’s Game 3 is questionable at best given the NHL’s concussion protocol.

The question now is: can the Flames persevere without him, if necessary, with the NHL Western Conference first-round series tied 1-1.

“Chucky is a warrior,” said Flames centre Sam Bennett. “He battles hard for us, game-in and game-out. I guess we’ll see what’s up with him, but he’s a tough kid.”

Toughness, of course, is no defence against a hit to the head.

Matthew Tkachuk was forced out of the game in the third period of game two between the Dallas Stars and Calgary Flames. 0:37

“He’s an emotional leader for us,” Flames interim coach Geoff Ward said of Tkachuk. “He relishes being in these types of games. He’s an extremely intelligent player. He’s a key guy on the power play. There’s a lot of things he brings to the table. For him not to be able to finish the hockey game for us, it’s a hole.”

In the qualifying round against Winnipeg — and in Game 1 against Dallas — the Flames were physically punishing. (Just ask Winnipeg centre Mark Scheifele and winger Patrik Laine, who both suffered series-ending injuries in the opening game.)

On Thursday the Flames absorbed the punishment as the Stars rebounded from an opening game loss in which they looked unwilling or uninterested in paying the price of playoff success.

“They came out hard,” Bennett said. “They outplayed us, I think.”

The Flames did manage to claw their way back from a 4-2 deficit to tie it in the third, but a botched line change allowed Oleksiak to score the winner with just 39 seconds left.

It’s that resolve to fight back the Flames will need to draw on today, with no time to dwell on the one that got away.

“It’s great to be able to play (Friday) and put this one behind us,” Calgary defenceman Mark Giordano said. “Listen, it was 4-4 with a minute left. I thought a lot of guys deserve a lot of credit for getting us back into that game late.”

Bennett is definitely one of those guys. Selected fourth overall in the 2014 NHL entry draft, the Richmond Hill, Ont., native has never quite lived up to his billing in junior.

In his daily recap, Rob Pizzo breaks down a wild and crazy day in the Stanley Cup playoffs. 2:56

But Bennett finds a way to shine in the playoffs, and on Thursday he delivered seven hits and a goal while filling in for Tkachuk on the power play.

Forward Dillon Dube is breaking out before everyone’s eyes with three goals and five points so far this post-season. His linemate, winger Andrew Mangiapane, gives the Flames a tenacious presence on the forecheck.

Mangiapane appeared to score Thursday, but the goal was waved off due to an alleged kicking motion (the Calgary forward was being hauled down at the time).

After the play, Mangiapane skated over and picked up an errant tooth on the ice. It belonged to Calgary defenceman T.J. Brodie, who took a high stick in the mouth.

It was that kind of night for the Flames, who now face a best-of-five with the favoured Stars.

“That’s the way it is sometimes,” Ward said. “They were really good early and we weren’t as good as we needed to be to match their intensity level right at the beginning…

“From a fan’s perspective, what an awesome time of the year. A 1-1 series now, two teams going hard. As a fan, you’ve got to appreciate it. It’s great. Now we just have to put this in the rearview mirror and get ready.”

With or without Tkachuk. 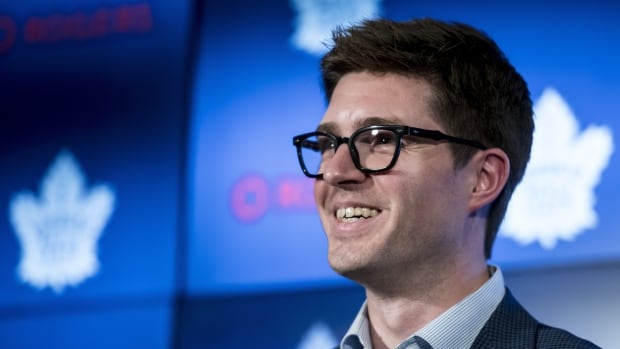 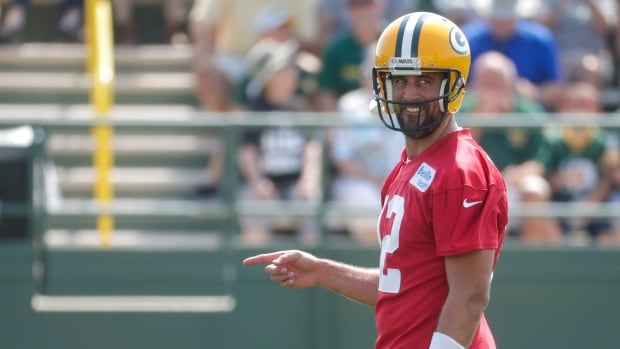 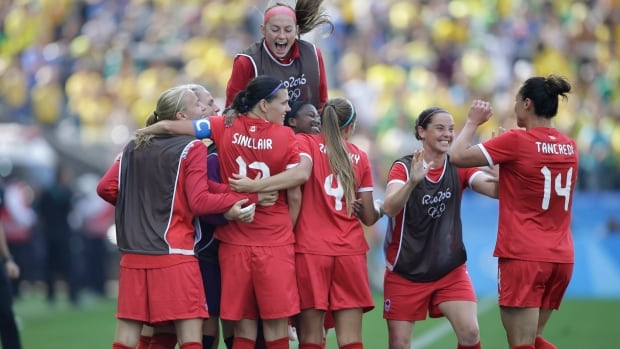