Cyle Larin’s early goal gave Canada a 1-0 win over Haiti and the upper hand in their second-round World Cup qualifying playoff in CONCACAF.

The 70th-ranked Canadian men and No. 83 Haiti meet again Tuesday at SeatGeek Stadium in Bridgeview, Ill., to decide who advances to the final round of qualifying in the region that covers North and Central America and the Caribbean.

Canada has not made the final round of CONCACAF qualifying since the lead-up to France ’98.

The Canadians dominated possession in a first half played in steamy conditions Saturday at an empty Stade Sylvio Cator. It was 33 degrees Celsius at kickoff.

A physical Haiti side showed some more offence in the second half but was unable to breach the Canadian defence.

Larin gave Canada the lead in the 14th minute thanks to some fine buildup work. Mark-Anthony-Kaye started the play with a through ball that found Jonathan Osorio down the right flank. Osorio, celebrating his 29th birthday, sent over a low cross that curved past three defenders and goalkeeper Johny Placide, allowing Larin a simple tap-in.

It was Larin’s 14th international goal — and sixth in the five World Cup qualifiers to date.

Canada had 61 per cent of the possession in the first half, scoring on one of its two shots on target.

The three second-round playoff winners in CONCACAF join Mexico, the U.S., Jamaica, Costa Rica and Honduras in the so-called Octagonal beginning in September. The top three teams from that round-robin book their ticket to Qatar 2022. The fourth-place finisher moves into an intercontinental playoff to see who joins them.

Saturday’s game was played just hours after the sporting world was shocked by the harrowing sight of Danish star Christian Eriksen collapsing during a Euro 2020 game with Finland in Copenhagen. After receiving extensive emergency treatment on the field, Ericksen was taken to hospital where he was listed in stable condition.

Canada Soccer was one of many sending its support to Eriksen and the Denmark team via social media.

Coach John Herdman made two changes to the starting 11 that beat Suriname 4-0 Tuesday in Bridgeview. Steven Vitoria came in for Doneil Henry at the heart of the Canadian defence and Kaye slotted in for Samuel Piette in the midfield.

The Canadian starting 11 had a combined 206 caps going into the match with Osorio, Larin and Milan Borjan, who retained the captain’s armband, accounting for 121 of those. The starters had an average age of 25.

Haiti came out taking no prisoners, with forward Frantzdy Pierrot booked in the second minute for scything down Canadian defender Scott Kennedy. In the 16th minute, a sliding Stephane Lambese took down Alphonso Davies with the Bayern Munich star slow to get up.

The Canadians began to move the ball around on the artificial turf, finding holes in the Haiti defence although it did not lead to scoring chances.

Haiti’s Jeppe Simonsen was booked in the 40th minute for pulling Davies down.

Both teams had chances early in the second half.

Placide stopped Jonathan David on a breakaway in the 52nd minute. A minute later, an acrobatic Borjan had to reach high to palm away a Pierrot bicycle kick from close-range.

The Haitians began to pose a few more problems, causing some goalmouth chaos on a corner.

Davies put a free kick on target in the 63rd minute, with Placide punching the ball away. Placide then stopped David in the 75th after a rampaging run up the middle by Davies.

Davies took some more lumps in the 88th minute with Haiti’s Jems Geffrard, who plays for HFX Wanderers FC in the Canadian Premier League, booked for sending the Canadian flying through the air.

Sam Adekugbe, Tajon Buchanan, Henry, Lucas Cavallini and Piette came on for Canada as the second half wore on.

The Canadians held a 7-2-2 edge over Haiti going into the match but the Haitians won last time out, rallying from a 2-0 deficit to beat Canada 3-2 in the quarterfinals of the 2019 Gold Cup.

Only four of the Canadian starters that day — Borjan, Osorio, Davies and David — were in the starting 11 Saturday. Haiti had five of the same starters.

Both teams were unbeaten in the first round of World Cup qualifying.

Ronaldo sets record for most goals at tourney, leading Portugal over Hungary 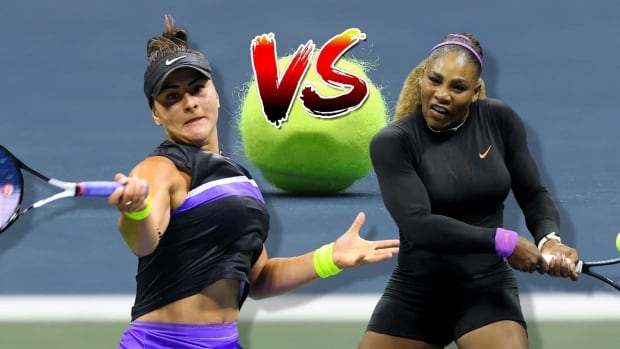 Tale of the Tape: Bianca vs. Serena 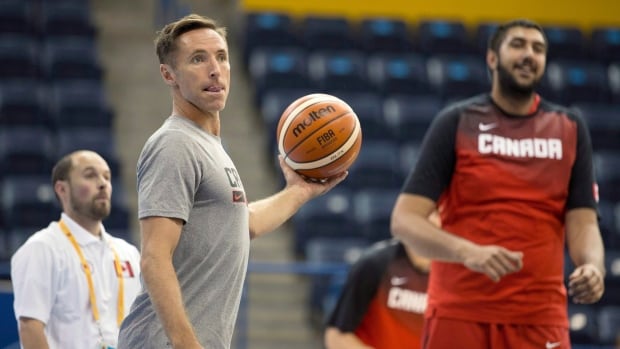