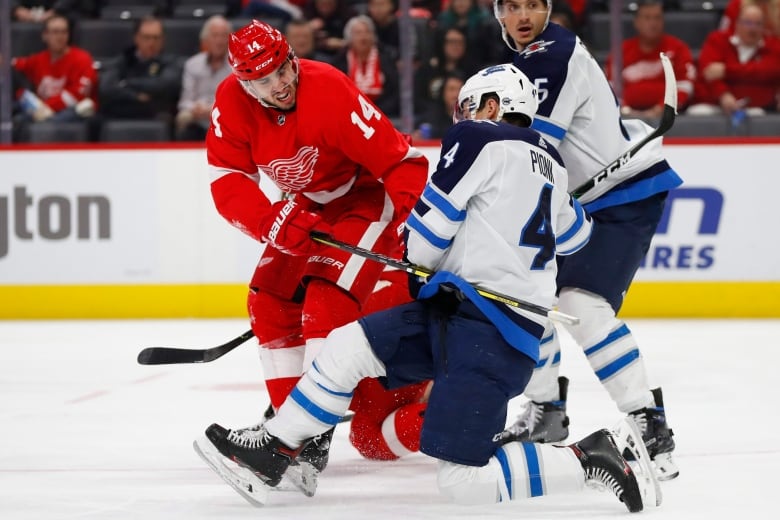 Robby Fabbri scored twice on fortuitous bounces off the same Winnipeg player, and the Detroit Red Wings snapped a 12-game winless streak with a 5-2 victory over the Jets on Thursday night.

Both of Fabbri’s goals went in off the body of defenceman Neal Pionk, and it was that kind of night for the Red Wings, who had been 0-10-2 in their previous 12 and had dropped 10 in a row in regulation. Darren Helm, Filip Zadina and Filip Hronek also scored for Detroit.

Helm opened the scoring on a breakaway after a messy sequence of blunders by Winnipeg defenceman Nathan Beaulieu. First, Beaulieu let the puck get past him at the Detroit blue line. Then, after chasing it down in the neutral zone, he let the puck slip away from his control — right into the path of Helm.

While trying to recover, Beaulieu skated right into linesman Greg Devorski, and at that point, Helm was gone. He beat goalie Connor Hellebuyck with a wrist shot to make it 1-0.

Detroit scored on the power play later in the first period when Fabbri’s backhanded pass attempt bounced off Pionk’s right leg and past Hellebuyck.

The goals were fluky, but the Red Wings fully deserved the lead after outshooting Winnipeg 14-5 in the first. The bounces kept going Detroit’s way in the second.

Fabbri took a shot from the right circle that Hellebuyck saved, only to have the rebound bounce again off Pionk and into the net in pinball fashion. That made it 3-0.

Connor redirected Beaulieu’s shot from the blue line for Winnipeg’s first goal, and he added another in the second period, beating goalie Jonathan Bernier from the slot to make it 3-2.

Zadina answered for Detroit on the power play, scoring from the right circle with 23.8 seconds left in the period.

Hronek scored into an empty net with 1:52 left in the third, flinging the puck almost the full length of the ice and into the goal on the fly. 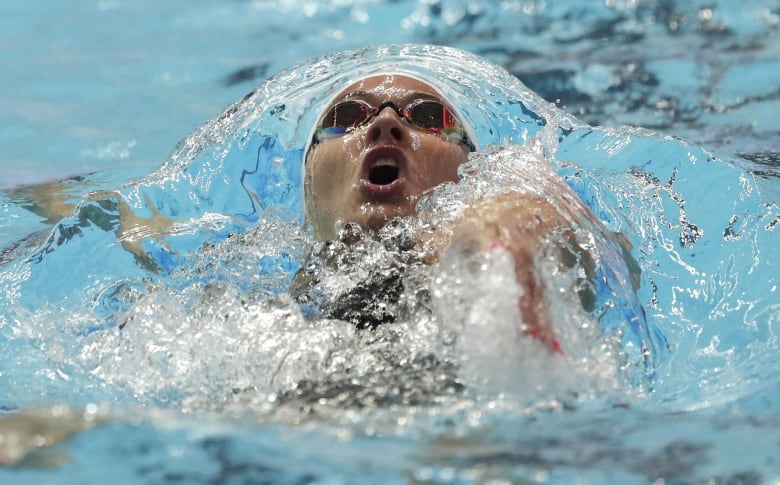 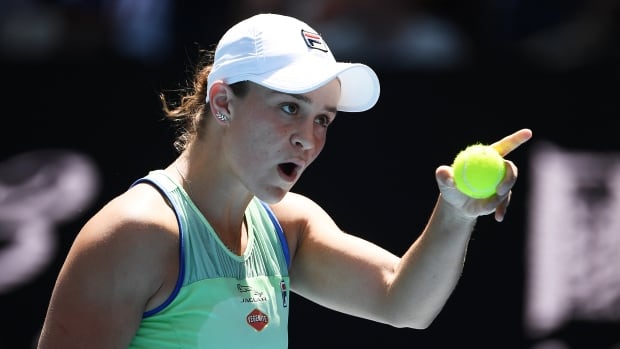