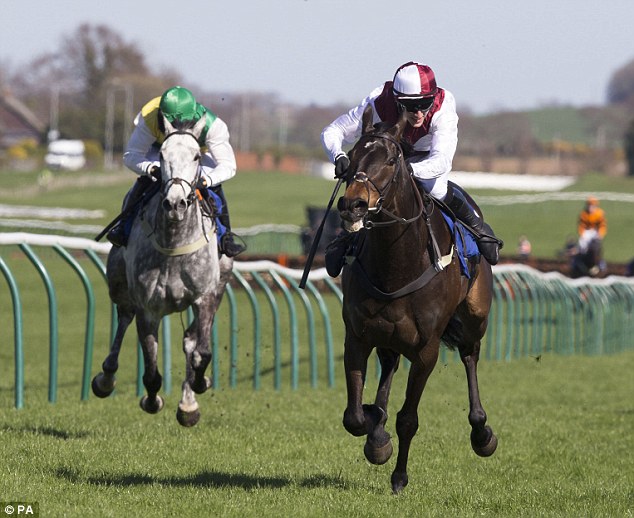 Joe Farrell, whose odds have virtually halved this week to 20-1, has secured a starting berth in Saturday’s Grand National and will be joined in the race by outsider Just A Par.

The Rebecca Curtis-trained Joe Farrell, who won last year’s Scottish National, had been in the first reserve position but sneaked into the 40 guaranteed starting slots after Willie Mullins-trained Pairofbrowneyes was scratched at Friday final declaration stage.

Jimmy Moffatt-trained Just A Par, who has been unplaced in two previous Grand Nationals, secured his place in the race when Mall Dini, trained in Ireland by Pat Kelly, was pulled out. Aidan Coleman steps in for the ride on Just A Par.

Reynolds said: ‘I found out five minutes before the race. He has a leg injury.’

Joe Farrell, who will be ridden by Adam Wedge, had been a long-time fancy for the National and had looked like he would agonisingly miss out on a start. He had even run at Newbury, finishing a good second under top weight, less than a fortnight ago.

Curtis said: ‘Obviously as a Scottish National winner, one of his assets is he stays very well. Now all we need is a bit of luck.’ Trainer Gordon Elliott’s team has been reduced to 11 from 13 after two of his runners were sold on Thursday night.

Don Poli was bought for £170,000 by trainer Phil Kirby on behalf of owner Darren Yates, whose £300,000 National buy Blaklion was ruled out by injury last week. Businessman Yates came to prominence when he won over £500,000 backing Frankie Dettori’s Magnificent Seven winners at Ascot in 1996.

Elliott’s Outlander was sold for £165,000 to owner Phil Cunningham’s Rebel Racing. He will race for trainer Richard Spencer. 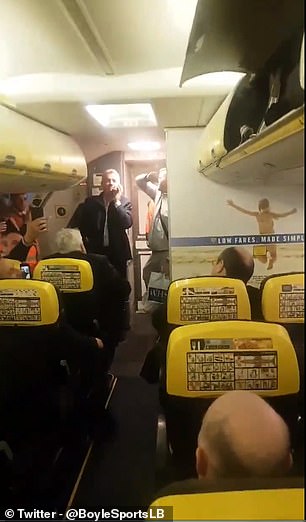 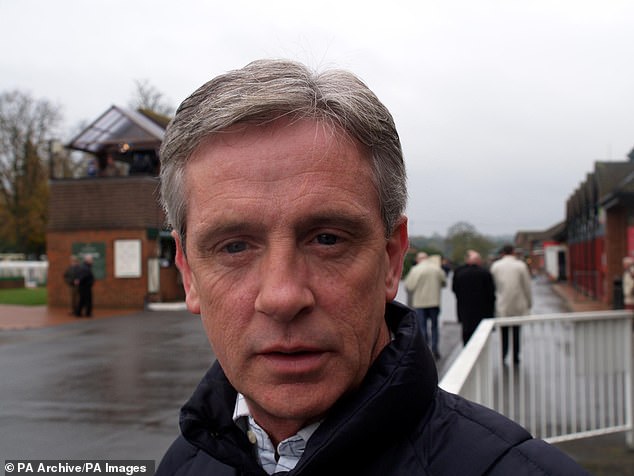