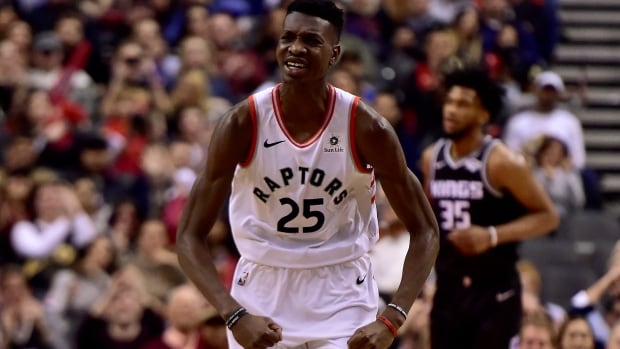 The large group of media gathered around Chris Boucher’s locker before tipoff Monday night caught the eye of some of his Toronto Raptors teammates.

Hours before Toronto tipped off against Orlando, Boucher was named both the G League’s most valuable player and defensive player of the year with Raptors 905, awards he admitted he’d been gunning for this season, but which he figured he’d lost his chance at winning once he signed an NBA contract with the Raptors in February.

The 26-year-old from Montreal is the first player to win both awards in the same season, and the first international player to earn MVP honours in the NBA’s development circuit.

Boucher had told a reporter back in October that winning MVP was a goal.

“I remember saying that,” he said with a smile Monday. “I was like ‘I’m going for it.’ But when I signed [with the Raptors], I thought well ‘I can’t go for it no more,’ but it didn’t change anything. So I’m happy about it.”

“Usually when I say something, it’s because I’m pretty confident I can get it,” he added.

The 6-11 forward averaged 27.2 points, 11.4 rebounds and 4.1 blocked shots and shot 51.0 per cent from the field in 28 games with Raptors 905. Among players who appeared in at least 28 games, Boucher ranked third in scoring, sixth in rebounding and first in blocks.

He’s appeared in 24 games with the Raptors this season, and hasn’t been shy about shooting as soon as he gets the ball in his hands.

“The one thing you can just say about him is he’s just not afraid. He goes in there and I think he’s leading the league in shots within the shortest amount of time once he checks in,” Raptors coach Nick Nurse said laughing. “But that’s kind of what he is. He just doesn’t have much fear. That’s good.”

Boucher’s fearlessness, he said, was developed in more difficult times. There were nights after Boucher had punched out from his job at a Montreal rotisserie restaurant that he rode an overnight bus to sleep. Dropping out of high school at 16, he floated from home to home while working as a cook and dishwasher.

“When you go through a lot of stuff during your life, you get to be more grateful,” Boucher said. “So, just everything I’ve been through before, basketball comes easy. It’s a way for me to express myself, be happy and enjoy what I’m doing.

“So when it comes running or whatever, stuff like that, it comes easy when you’ve been going through a lot harder stuff.”

Boucher was playing pickup basketball when he was offered a spot to fill out a roster at a Montreal tournament in 2012. He scored 44 points in the final, earning him a spot on AAU team Alma Academy.

From there he went New Mexico Junior College to Northwest College in Wyoming to the Oregon Ducks where his college career ended abruptly in his junior season when he tore his ACL in the Pac-12 tournament semifinals. Unaware of the severity of the injury, he played the rest of the game. He went undrafted.

Boucher was on the phone with his mom on Monday when Raptors 905 coach Jama Mahlalela called to deliver the good news.

“Then my phone was blowing up,” Boucher said.

What’d he do after hearing the news?

“I took a nap. I had a game so I took a nap and then I had to be here,” he said. “I just turned my notifications down.”

He earned one of Toronto’s two-way contracts — which allow players to play for both an NBA team and its G-League affiliate — with the Raptors in the pre-season, before having it converted to a standard NBA contract in February.

He was presented his awards just before Monday’s game at Scotiabank Arena. 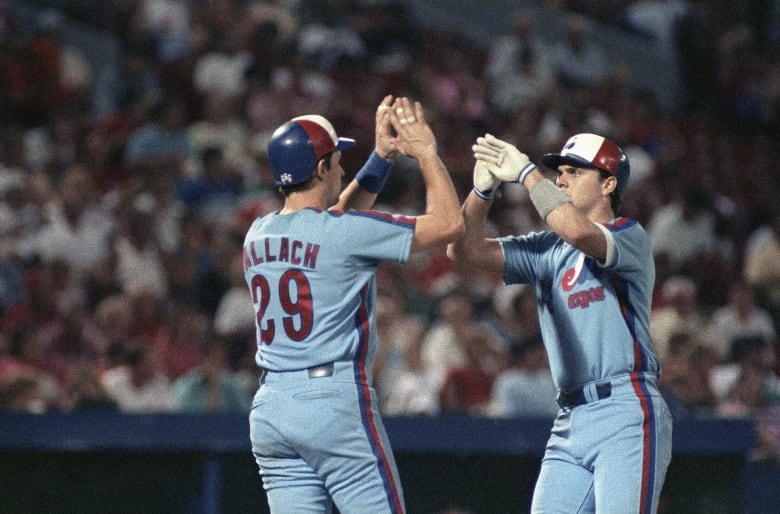 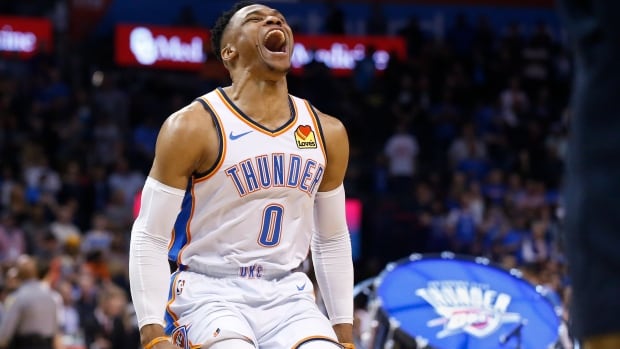