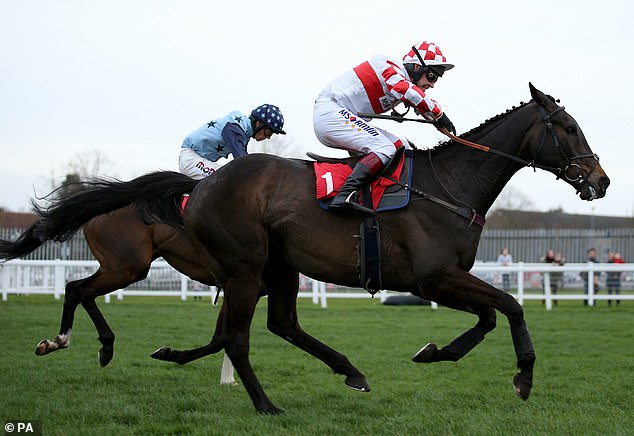 It is a big week for ITV Racing, with negotiations to agree a new £30million, four-year TV contract beyond 2020 ongoing.

Another strong Cheltenham Festival would put them in the driving seat to convince key stakeholders that keeping racing on terrestrial TV is good for the sport.

Behind the cameras, the blossoming relationship between ITV Racing presenters Francesca Cumani and Oli Bell appears to still be going strong and it will be interesting to see how much they share the screen at what will be their first Festival as a couple.

However their approach to their Cheltenham attire remains chalk and cheese. While Bell took a trip to upmarket tailor Harvie & Hudson in London to get kitted out, Cumani is known to love finding outfits in charity shops.

On the clothing front, all eyes will be on Liz Hurley on Tuesday afternoon as she presents the Unibet Champion Hurdle Challenge Trophy.

It remains to be seen if she will wear something quite as daring as the outfit she donned for last year’s Thanksgiving Dinner with the US Ambassador, but a word of warning: it snowed on Sunday in Cheltenham and is forecast to be cold and wet.

Horse racing officials could have done without the embarrassment of a wrong result being called at Sandown on Saturday.

The error was corrected and blamed on the company that supply photo-finish pictures, but the fiasco only increases scrutiny ahead of the Cheltenham Festival.

The British Horseracing Authority will also be hoping for favourable results at Westminster this week, with a no-deal Brexit set to have a huge impact on the movement of horses — particularly between Great Britain and Ireland.

Ticket sales for ‘An Evening with Peter Beardsley’ at the Hilton Hotel in Gateshead on Friday do not appear to be going well. Discount website Groupon was offering £65 seats for £45.

Beardsley, who left his role as Newcastle’s Under 23 coach last week after allegations of bullying, is also due to speak to 150 punters at a fundraising event in Carlisle on Friday week. 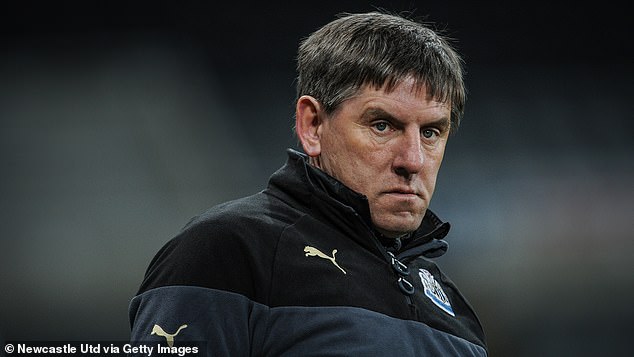 Nick Levett former talent ID manager at the FA, took down an image of Manchester City’s under-5s Junior Academy Elite squad he shared on Twitter after a call from a parent.

However his point that calling four-year-olds ‘elite’ was ‘bloody madness’ stands. Fancy being told you are not good enough at four?

Peaty’s no dope as he leads the dash for cash

Olympic champion Adam Peaty has signed up to be an ambassador for the new £15.2million International Swimming League, backed by billionaire energy magnate Konstantin Grigorishin, whose art collection alone is said to be worth more than £230m.

Peaty is among those demanding swimming’s world governing body, FINA, give more prize money to athletes, but has also been attracted by Grigorishin’s ban on swimmers who have served doping bans.

Peaty signed his contract at the Four Seasons Hotel on Park Lane this week, where two butlers were on hand to look after a handful of journalists. 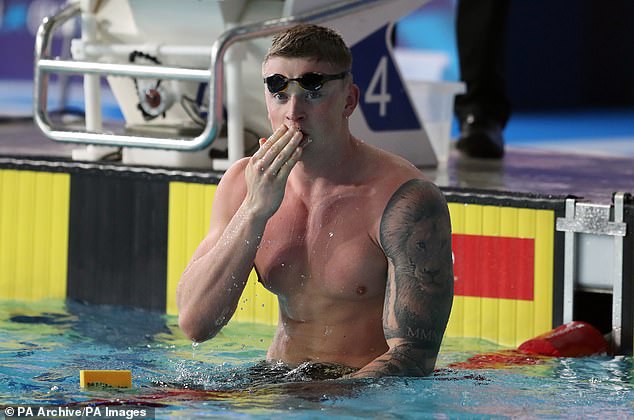 Adam Peaty is to be an ambassador for the new £15.2m International Swimming League

New Wimbledon chairman Ian Hewitt will be 72 when he takes over from Philip Brook in December.

There have been only three holders of the office since 1989, but retired lawyer and former Hampshire county player Hewitt is not expected to do more than a few years.

He was chosen ahead of rival candidates Michael Gradon and Bruce Wetherill in what is said to have been a split vote among the main committee, who eventually picked Hewitt as a ‘safe pair of hands’.

He is walking into what has become a febrile world of tennis politics. The men’s ATP Tour is in a state of near civil war after the ousting of its supremo Chris Kermode last week by a faction headed by Novak Djokovic.

Summing up the chaos is that one of Djokovic’s fellow plotters, ATP Board member and former American pro Justin Gimelstob, is due in a Los Angeles court this week charged with assault. It is alleged that Gimelstob hit a friend of his ex-wife more than 50 times last Halloween — while dressed as a Top Gun pilot.

Ryan Giggs’s brother, Rhodri, is understood to have been paid just £35,000 to appear in the cringe-worthy bookmaker’s advert which pokes fun at the former Manchester United’s winger’s affair with his then sister-in-law. It is called: ‘Loyalty is dead.’ Well, quite. 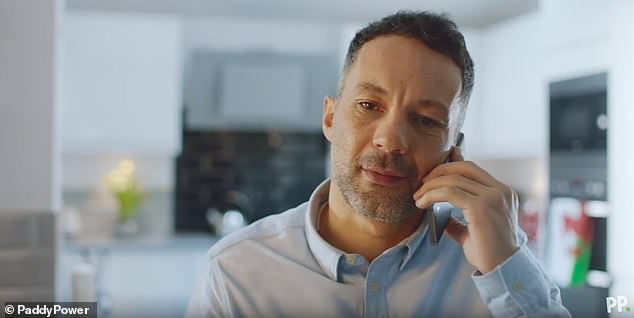 Ryan Giggs’s brother, Rhodri, is understood to have been paid just £35,000 by Paddy Power

The Premier League are set to follow UEFA’s lead by explaining why certain video referee calls are made when the system comes into play next season.

UEFA this week published the reasons why the Video Assistant Referee system awarded Manchester United the stoppage-time penalty that put them through to the Champions League quarter-finals at the expense of PSG.

The inclusion of women’s Twenty20 cricket at the 2022 Commonwealth Games in Birmingham has been backed by the ECB, ICC and now the MCC’s World Cricket Committee.

Women’s cricket at Edgbaston would be a wonderful addition to the Games but the decision now lies with the Birmingham 2022 organising committee, who will make their proposal to the Commonwealth Games Federation by the end of May.

Cost is a major factor, while archery, shooting, para-table tennis and volleyball are also fighting for inclusion. 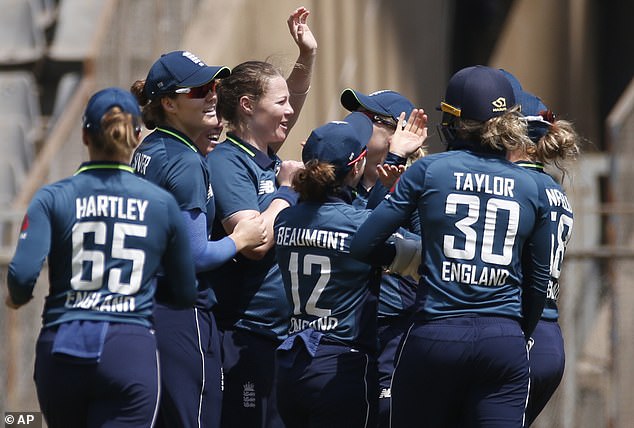 It will be a big surprise if 46-year-old James Cracknell is not named on Thursday in the Cambridge crew for this year’s Boat Race.

The double Olympic rowing gold medallist has started a Masters in Human Evolution and would become the oldest man to compete in the race, surpassing Andy Probert, who was 38 when he coxed Cambridge in 1992.

Many agents are said to have embraced the FA’s decision to ban intermediaries from England youth internationals.

FA policy forbids representatives from attending matches from Under 15 up to Under 18, unless they are competitive fixtures and open to the public.

So lawless had the business become, some agents are actually relieved as it means their clients will not be tapped up by rivals while away with England.

Several agents have told Sports Agenda that they only attended fixtures involving their players in a bid to ward off the threat of others making an approach.

However, there is still concern that some agents are sneaking into England youth games posing as family members. Clearly the FA have an impossible task in vetting everyone who attends. 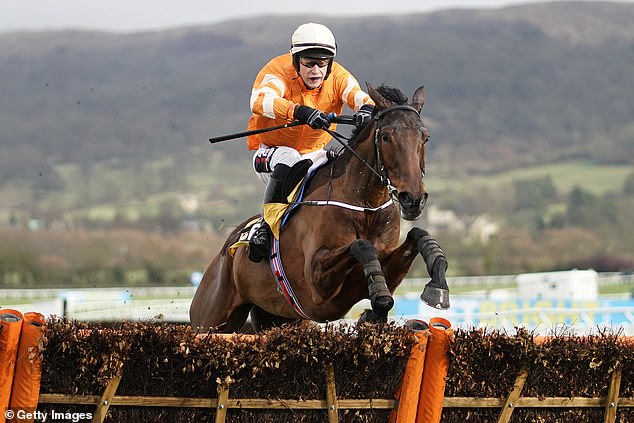 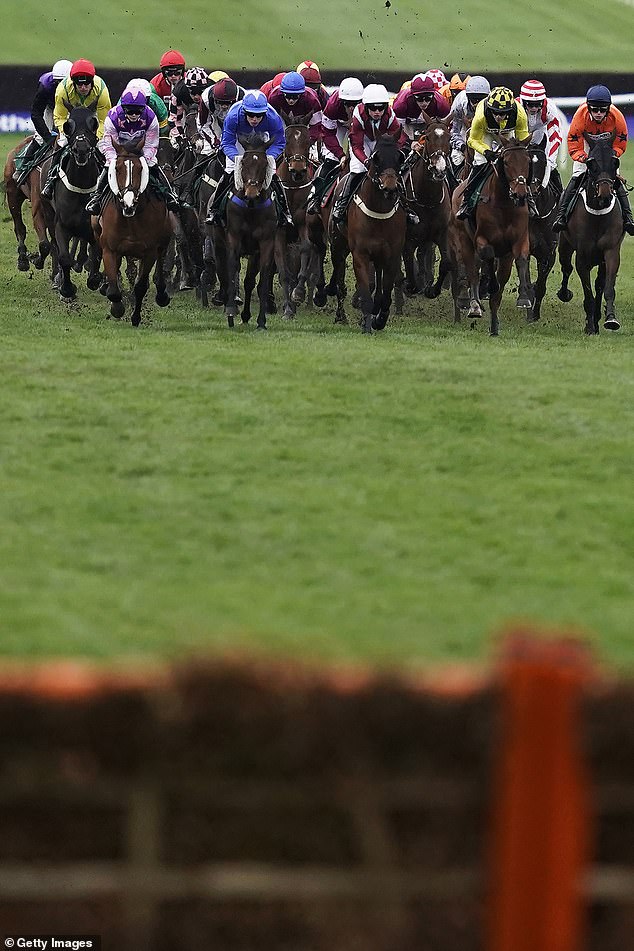