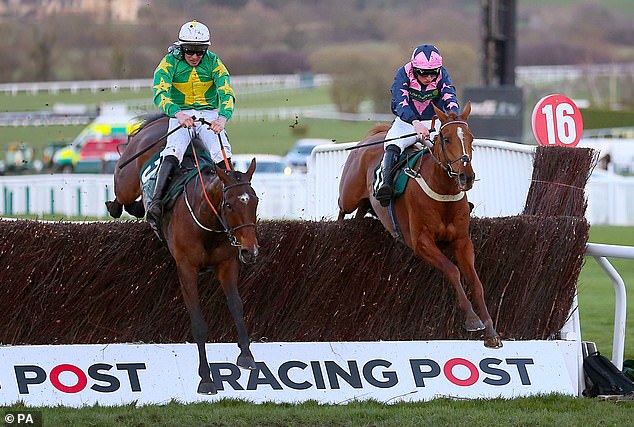 Both horses and jockeys gave their all at the end of a demanding four miles and it was Le Breuil and Jamie Codd who won the argument by half a length from Discorama and Barry O’Neill.

Pauling said: ‘It was such a long race, it never ended! I had to ask my assistant Tom how many laps were left. 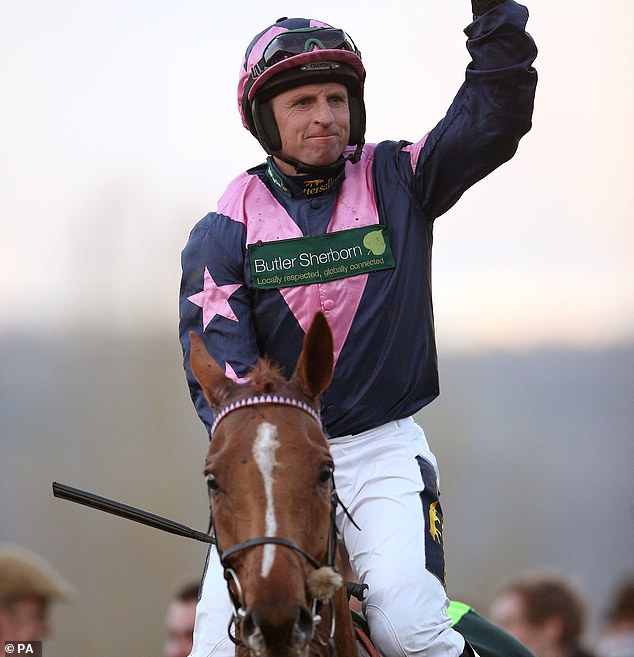 ‘He jumped, he travelled, it was amazing. We’ve had a winner here before (Willoughby Court), but this is just as good.

‘Jamie is very special, he gave him a superb ride. He wanted to be handier, I think, but they went so quick.

‘With a circuit to go I knew we had a chance as he was jumping and travelling so well.

‘I knew he’d stay, but I didn’t think he’d stay that well. When Discorama jumped upsides I thought ‘what’s going to happen here’, but he was really gutsy.

‘We’ve got one thing in mind for this horse and that is next year’s National, so let’s hope he gets there in one piece.’ 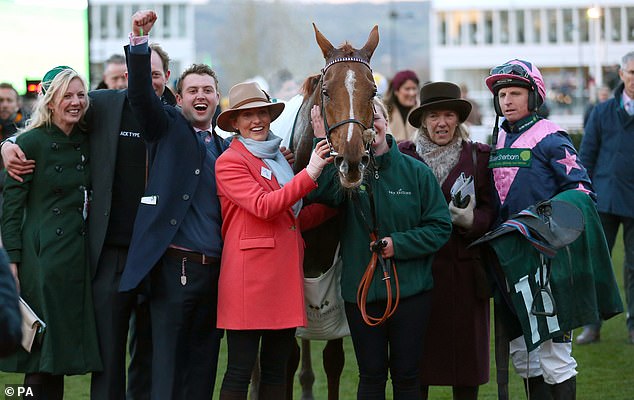 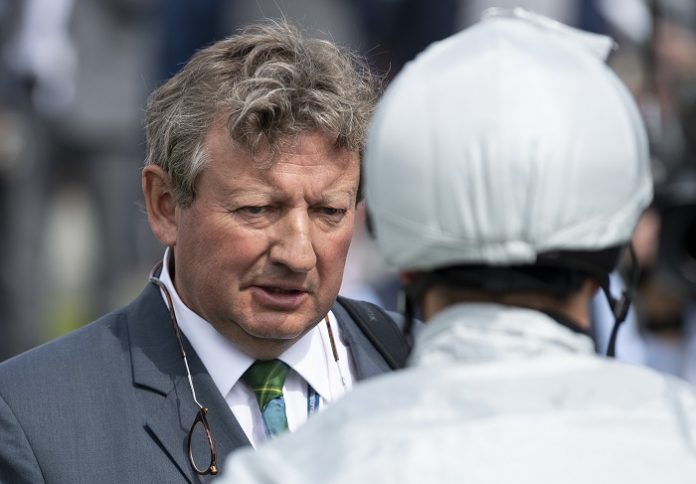