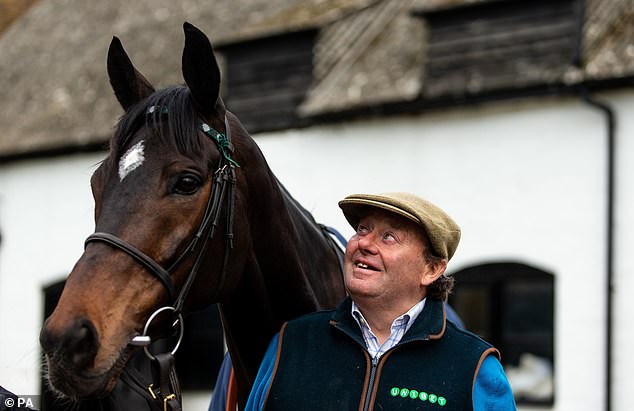 An indication of how likely bookmakers think it is that Altior will win the Betway Queen Mother Champion Chase is the chance he could be the shortest-priced winner of the race since Flyingbolt in 1966.

Back in the year that England won the World Cup and the mini skirt was the must-have fashion accessory, the Tom Dreaper-trained horse, believed by many to be worthy of mention in the same breath as his legendary stablemate Arkle, won the Champion Chase at the odds of 1-5.

It was just a few weeks after the Spencer Davis Group had topped the charts with Keep On Running and that’s what Pat Taaffe’s mount did — much, much faster than his opponents.

Altior has been dancing to the same tune for most of his career. You have to go back to April 2015 when he finished sixth to Bellshill in a National Hunt Flat race at the Punchestown Festival for the last time Altior was defeated.

The gelding, whose name in Latin means ‘higher’, has scaled the peaks of the sport. In 17 races since, five over hurdles and 12 over fences, he has swatted away opponents.

An analysis of his runs is littered with terms like ‘won very easily’, ‘unchallenged’, ‘comfortably’ and ‘bounded clear’.

Victory this afternoon would be a second successive win in the Champion Chase, a fourth at the Festival and an 18th consecutive success over jumps, equalling the record for an unbeaten sequence over obstacles set by the four-time Stayers’ Hurdle winner Big Buck’s.

It means that like Arsenal playing Accrington Stanley, there is only one outcome everyone watching expects this afternoon.

However don’t forget Douvan was sent off 2-9 favourite yet finished lame and unplaced behind Special Tiara in this race two years ago and Altior’s trainer Nicky Henderson admits the countdown to £400,000 contest has been smooth but nerve-shredding. 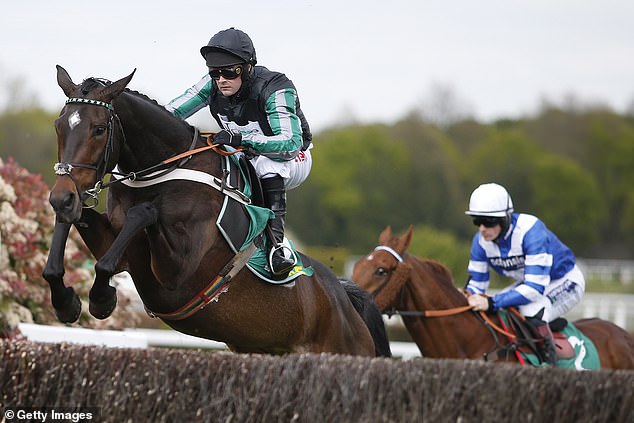 Raw in Henderson’s memory is last year’s race when Altior beat Min, who opposes again, by seven lengths but only after a build-up which had been restricted to one run because of a breathing operation and a late injury scare when an infection was discovered in a hoof just 48 hours before the race.

Before Altior won his latest race at Ascot in January, Henderson said: ‘It adds to the pressure when they are unbeaten. Everyone expects 10 out of 10. Don’t get me wrong. It is nice winning these races but sometimes it is not much fun before or during the race.’

However the trainer will be able to draw on reassurance that, despite a sparkling form record, Altior is no Flash Harry and should not be compared to his Henderson-trained predecessor Sprinter Sacre, the brilliant dual Champion Chase winner (2013 and 2016).

Sprinter Sacre was a coiled spring of a horse, a bundle of exuberant energy who lived close to the edge. Altior, however, is all ruthless, no-frills efficiency which should reduce the margin for error when he takes on his eight opponents this afternoon – but the expectations are the same for both horses.

Henderson said: ‘Altior schooled five fences on Friday but if you had blinked you would have missed him. He is frighteningly quick. The pressure is on all of us. With Altior, we’re back in the Sprinter Sacre situation of people expecting him to win. Anything bar a really good performance won’t do. Lots of things can happen.

‘He has been round Cheltenham before of course and while it would be disappointing if things went wrong, you have to be prepared for the fact that it has to go wrong one day.

‘Altior is a proper machine who gets on with it. He has tremendous pace and, touch wood, his jumping is pretty accurate and he has a lot of gears. I just hope things don’t go wrong in the Champion Chase as that is the race you really prepare him for all year.’

There have been times when Altior has briefly looked like he might be in trouble in his races, including when he won the 2017 Arkle Trophy Novices’ Chase, but one of the strongest finishers in racing has the ability to dip into reserves which have yet to reach their limit.

Jockey Barry Geraghty, who rode Sprinter Sacre to 17 of his 24 wins and also rode Altior when he was third in his second race in February 2015, says the more relaxed nature of Altior is key to his success.

Geraghty said: ‘Altior and Sprinter Sacre have a similar level of ability but a different approach. Sprinter used to race with the choke out. This fella races behind the bridle and that will help his longevity and is why he is going unbeaten. He is only doing what he has to do.

‘There is no doubt he is a class act but I would hate to try to split Altior, Moscow Flyer and Sprinter Sacre. To me they are three of the best you could ever hope for. You’d be splitting hairs to figure out who’s best.’

His dominance over two miles has led to calls for him to be raced over longer distances. That, Henderson has insisted, will happen with the 2019 King George VI Chase over three miles at Kempton on Boxing Day on the gelding’s agenda. To win over a variety of distances would put Altior in the same bracket as jumps icons like Desert Orchid and Kauto Star.

Henderson said: ‘Patricia Pugh and I have discussed the King George and if everything did go right this season we would possibly try something different next season and then probably get him beaten! If we could stay unbeaten at the moment that would be great.’ 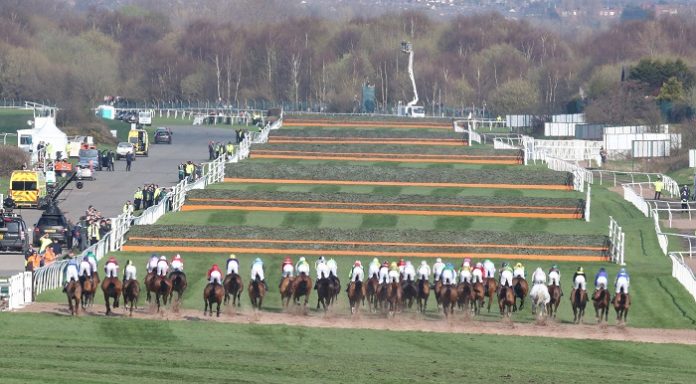